Cristiano Ronaldo is admired all over the world for his exceptional footballing talents.

The ladies also admire him for his great looks and muscular body.

However, a British glamour model, Alice Goodwin, has disclosed that she shunned the five-time Ballon D’Or winner’s advances because he’s not her “type”.

The model made the claim in a Q&A Session on Instagram when one of her 340,000 followers asked her if she ever got it on with Ronaldo.

According to Urban Dictionary, airing in slang term means “blank”, which is ignoring someone. 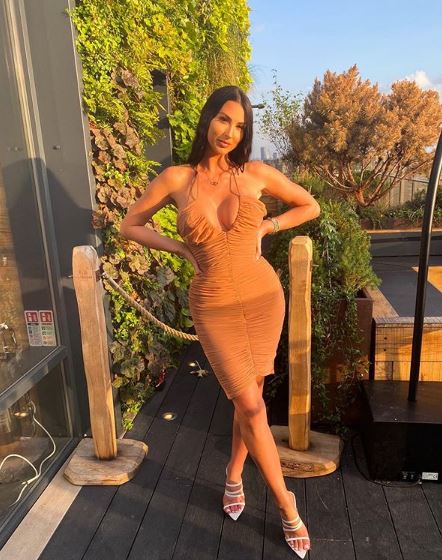 Ronaldo, now 35, had been romantically linked with Goodwin back in his days as a Manchester United player. He left the club in 2009.

She was later linked to former Liverpool winger Jermaine Pennant, whom she eventually married in 2014.

The couple split earlier this year after she accused the player of cheating.

Goodwin revealed in the same Q&A that she got a new girlfriend, claiming that boyfriends have become boring.