The new Prince has finally been named! He was christened, Prince Louis Arthur Charles and now he is 5th in line for the throne of England.

His name if he ever were to become King would be King Louis which many have found amusing as it is also the name of the Monkey King (albeit with different spellings) from the Jungle Book animated movie by Disney.

Many were quick to point this out on Twitter and they had a grand time making fun of the new Prince Louis and his funny name.

Alex von Tunzelmann said on Twitter: Quite unlikely to end up as King Louis, of course. It remains to be seen whether he will be the king of the swingers. Or the jungle VIP. 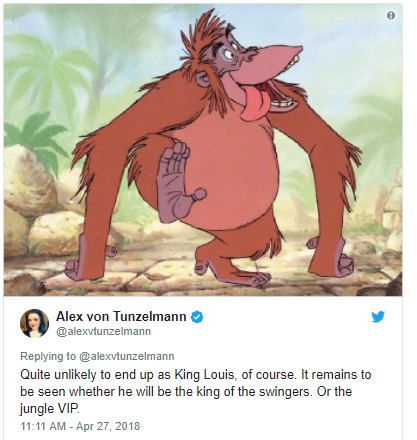 hannah burke quipped: So when Prince Louis is next in line to the throne, he’ll be… King Louis? 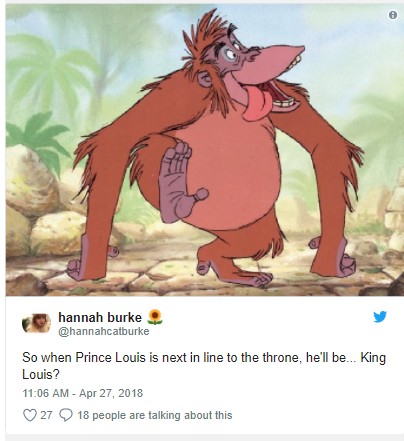 Daniel said; He may never end up as King Louis, but you can be sure he’s going to hear this song throughout his school years. Poor kid. 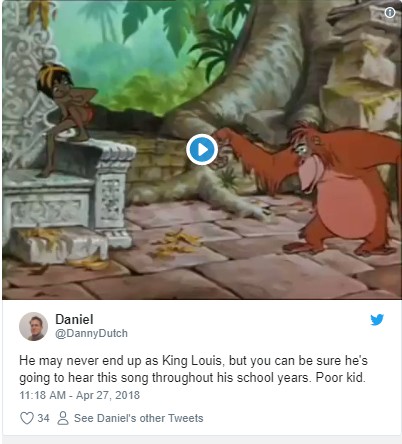 Another Twitter user did veer off to a very dark side of things, reminding people that the newborn Prince shares a name with King Louis XVI who was the last King of France and was also one of the cruellest. Her tweet read; They named the royal baby Louis, as in French King Louis who became legendary for his showy castle, poverty, and the guillotine. Good choice, guys. 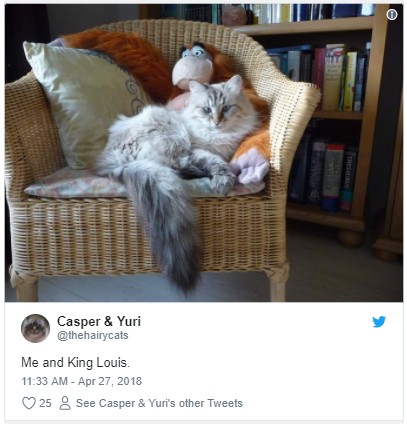 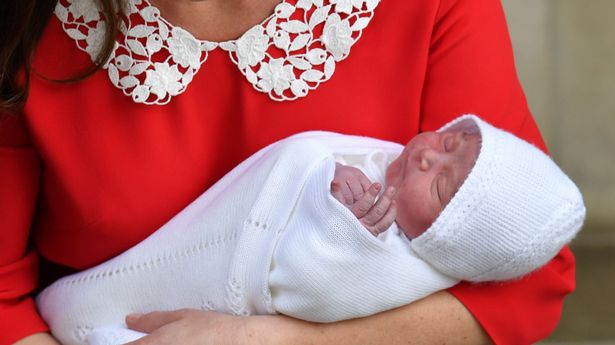 Nigerians Voted for Efe out of Pity, not Love- Tobi Bakre