A South African gay man has been brutalized by strange men for being gay.

Online user @masizolesukwana who narrated the unfortunate incident on his Twitter page, revealed he was beaten mercilessly by men who hated him for being gay.

He disclosed he could he would like to report the assault but his hands were tied as he could not identify his assaulters.

@masizolesukwana who posted pictures of his injured face tweeted; 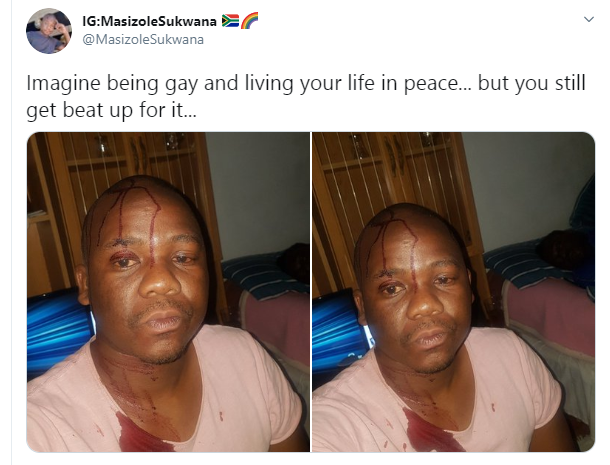 “Of course, I want to open the case, but against who? I don’t know who did this to me, I would not even point at them in broad daylighy.

“I was already on the wrong side of the law by violating the lockdown rules, and trust me, I don’t have the energy nor I think I will stand questions like

“Why you got beaten up, why couldn’t you fight for yourself, you’re a man”

“As it is, I think I’ve explained too much of myself, even when I shouldn’t have done so, walk in our shoes you will understand whatI’m saying…

“I will just continue doing me but I will be strong and recover here at home… your support and love is noticed: this is our reality” 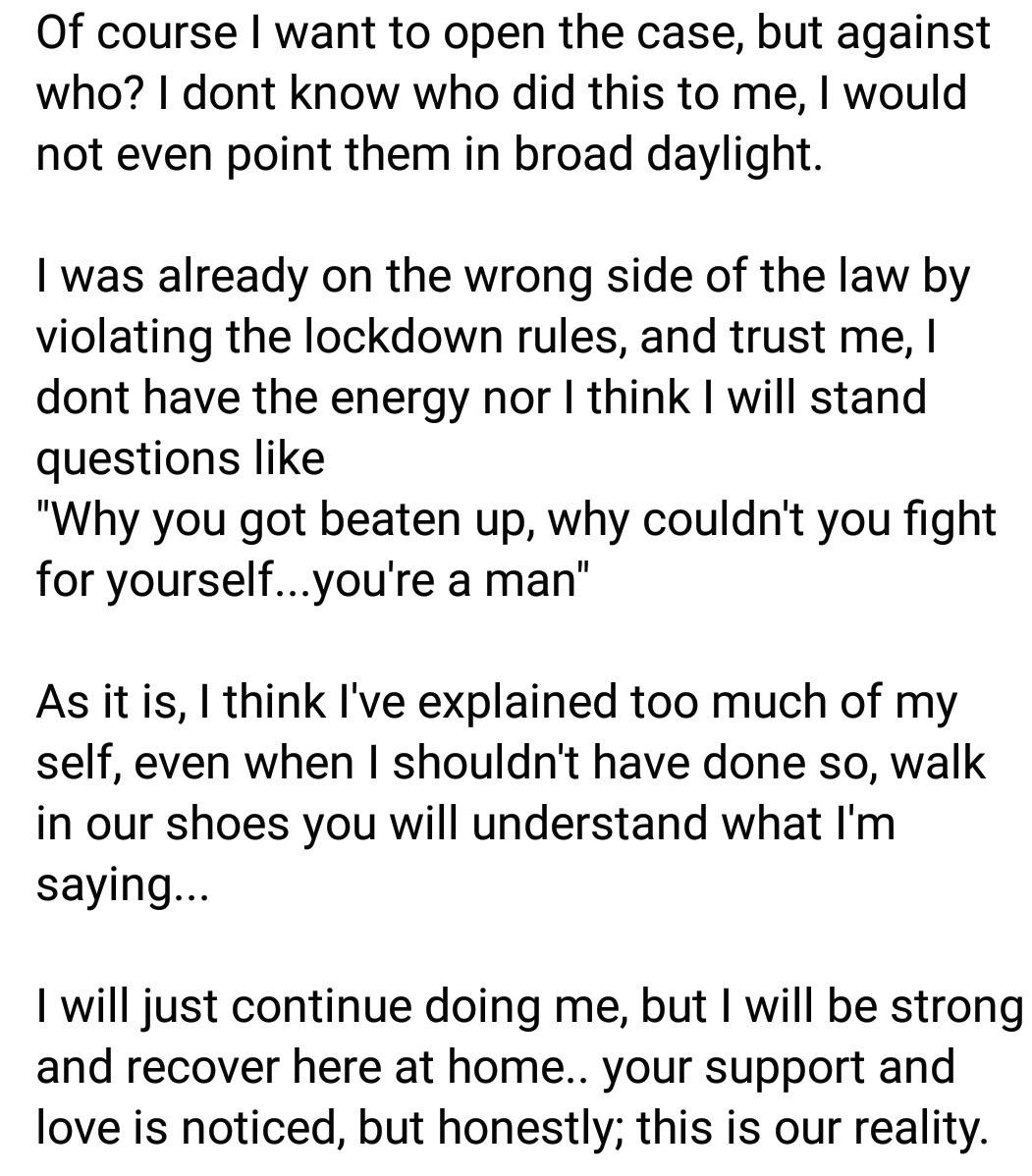 Young Nigerian Man Shot Dead Outside His Home In UK