An Assistant Superintendent of Police (ASP) and a Police Corporal have been reported killed Tuesday after some hoodlums invaded a police station in Aba, Abia State.

Photos of the incident circulating on social media showed that the station and some vehicles parked within the premises were set ablaze.

While the motive for the attack could not be immediately confirmed, the attackers were said to have stormed the store where arms were kept and carted them away.

However, the Police Public Relations Officer (PPRO) of the Abia State Police Command, Geoffrey Ogbonna, while confirming the attack said that only one policeman was killed.

He said that the attackers also incurred casualties. 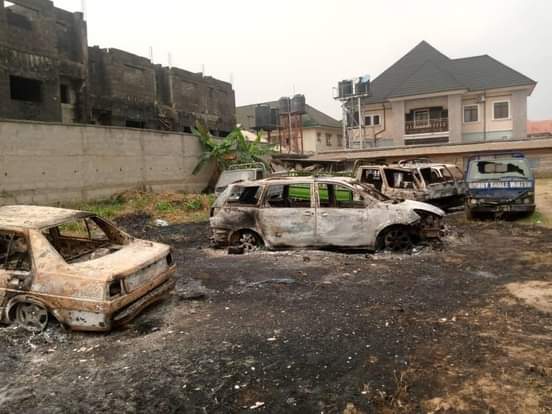 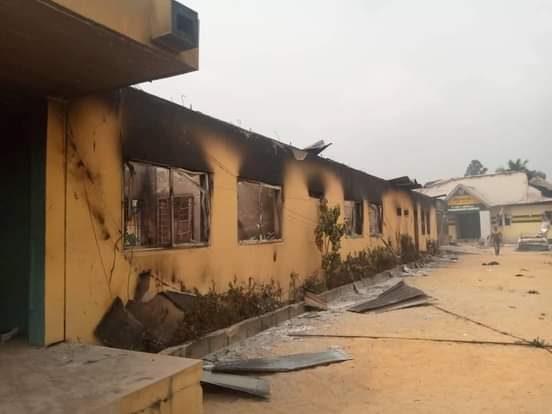 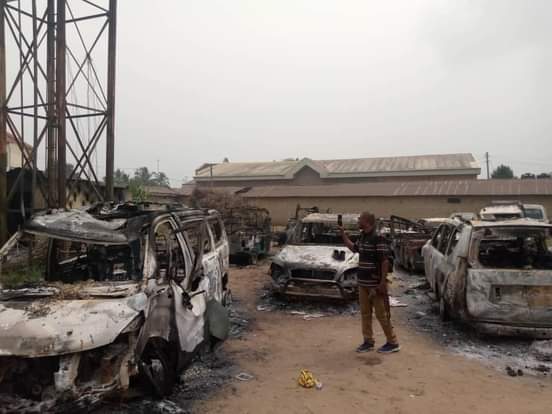 The burning of police stations was one of the features of the mayhem that greeted the hijack of October’s #EndSARS protests by hoodlums.

Police authorities confirmed that 20 police stations were burnt and 22 policemen killed during the protests.