A video capturing the moment a police officer told a black man to lick his own urine has gone viral online.

The driver, a former federal safety investigator identified as 48-year-old Marcus Mosley was tased and arrested last year after being accused of urinating on the side of a road in Illinois.

In the video which was recorded on May 17, 2019, the Defendant Lynwood Police Officer Luke Tambrini told Mosley he wasn’t allowed to park on the side of the road or to urinate in public and asked for his identification.

Tambrini first asked Mosley to take his finger and touch a “little puddle of water” beside his car that he claimed was urine, the video shows. After Mosley obliged, Tambrini replied, “Now lick it.”

When Tambrini told Mosley he was going to write him tickets for parking illegally and urinating in public, Mosley declined to provide him his name and information and repeatedly asked that a supervisor be dispatched to the scene, according to the video.

Everything went down hill from there as Tambrini used his taser on Mosley numerous times while also commanding his K9, which had been waiting inside his vehicle, to attack Mosley. 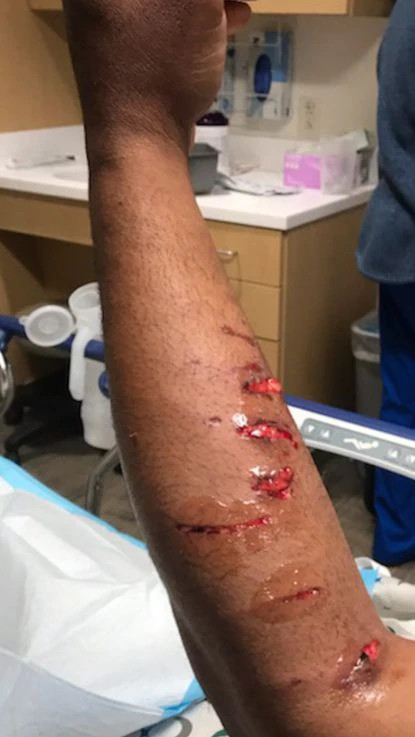