House foundation collapses on bricklayer working on it in Enugu

One of the bricklayers constructing a building in Enugu has met his end in a heartbreaking manner.

The young man was going about his normal routine at the site when the foundation of a building he was working on suddenly collapsed, entrapping almost all parts of his body, and killing him in the process.

The victim, who was subsequently identified as Chidera, was a native of Ningbo, in Ohaukwu Local Government Area in Ebonyi State.

See photos from the scene of the accident below. 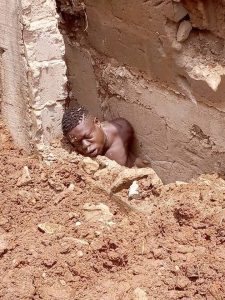 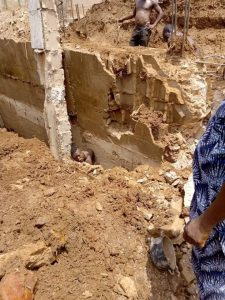