While the world is changing and people are beginning to become more open-minded about life and lifestyles, some things still remain the same.

There has been a Black American President, 3 Black African ones, an African head of the United Nations, but yet racism still thrives,

This hits home, even more, when it is reinforced by our own brothers and sisters.

It is not uncommon for you to hear examples of Nigerian law enforcement giving preferential treatment to a white man over a native or jumping through various hoops that will not be jumped through for a black man.

Customer service is more polite to white customers than black ones and law enforcement is way more helpful to them.

This point was really hit on by a Facebook user by the name of Ajayi Joseph Oluwagbemiga who complained bitterly at the roughshod treatment he was given by the South African embassy who stipulated absurd conditions for him to get into the country.

He claimed that this was just another example of White privilege as Caucasians will not have the same problems getting in.

The South African embassy insists that I bring “police report from every country I’ve lived/worked in since I was 18, medical and radiological records” to be able to get a year-long multiple entry visa– despite travelling there every three months for work. Yet the European goes there without a visa or questions asked. South Africa has had three black African leaders since the end of apartheid- and its diplomatic service is staffed by black African born diplomats.

The next time someone comes to me with how European colonialism is holding Africa back without acknowledging the Africans who continue to uphold the old world order ourselves, I will lose my shit. Literally. This is a country that my country sent arms, blankets and love to while they were fighting their European masters. The irony of it all.

I love your country but screw you very much SA bureaucracy. #sorrynotsorry 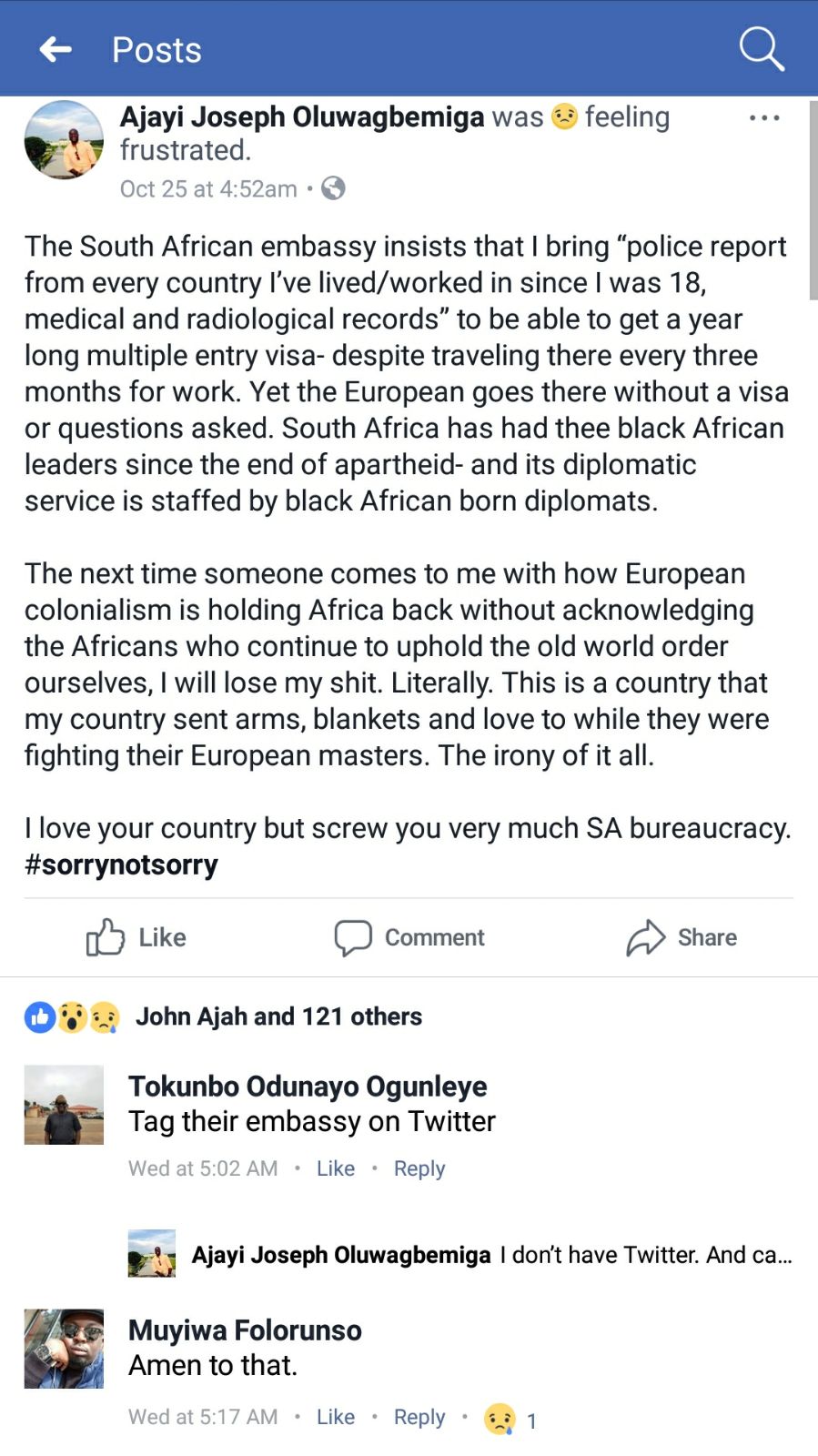