Husband kills wife for being disrespectful

Police officers in Niger State have arrested one 30-year-old man, Umar Tambari after he reportedly murdered his wife, Hauwa because he felt his Ego was bruised by her conducts.

The couple had been in a heated argument at their residence in Emiworo village in Wushishi Local Government Area of Niger, on 26th of February this year.

After news broke out that Umar’s wife had died after the quarrel, the police officers promptly arrested him and took him in for questioning.

According to reports, Umar had asked his wife to fetch water for him but she turned his request down. Then, he went ahead to fetch by himself. 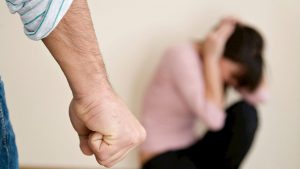 However, his wife lamented that he used the water she had previously fetched.

Umar got angry over her accusations and swung into beating his wife afterward. And in the end, Hauwa lost her life.

In his explanation, Umar said his wife looked down on him and that led to the fight between them.

Police reports equally ascertained that he has since confessed to the crime after explaining what happened in their residence on that very day.

While speaking with newsmen, Police Public Relations officer in the state, Mohammed Abubakar, explained that Hauwa gave up the ghost while she was being rushed to the hospital and the case has already been charged to court.

Also, read: Tinubu is next after Awolowo among Yoruba politicians – Mustapha

Atiku won with over 1million votes on INEC server- PDP