Nigerian veteran actress, Shan George decided to share her testimony of how God saved her from death after the doctors gave her a 50-50 chance.

In 2019, Shan George had a terrible sickness that not only cost her much financially but disrupted her career.

She made this shocking revelation during her interview with The Punch. 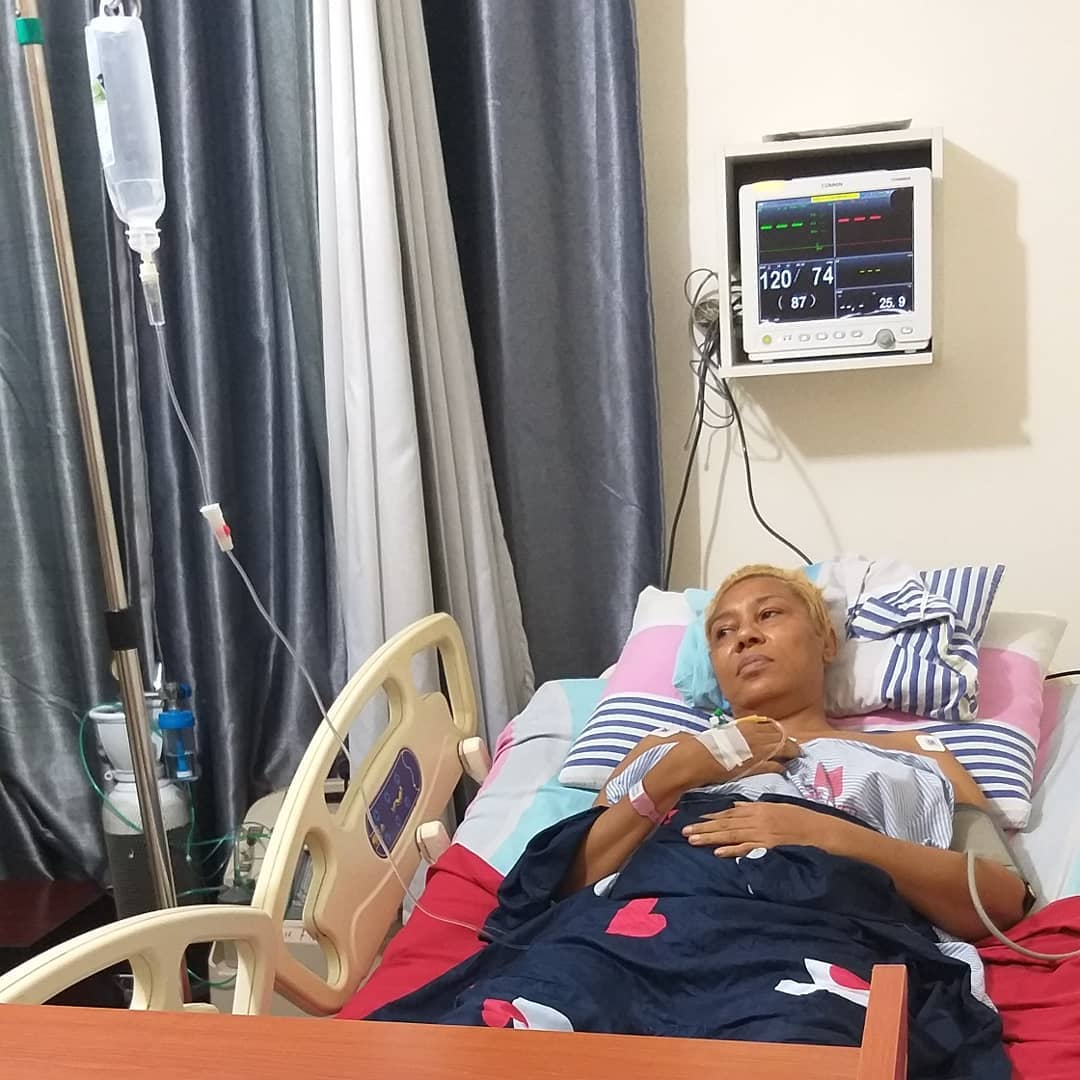 She said: “Sometime in late 2018, I had just finished organizing the artistes that would be on the governor’s band for the Calabar carnival in December.After all the rigorous activities, I suddenly realised that my knee was swollen. I didn’t understand what was going on, so I just attributed it to the carnival stress.

I took some drugs and rested for a couple of days expecting to be up and about in a couple of days. However, by early, January, the pain had increased. I kept managing it by using pain killers, but by March, it had become worse. I then started going to hospitals to find out what was wrong.”

She added: “Eight months later, my left leg was almost paralysed. I was already bedridden for some months. That was when my doctor asked me to do a series of tests because I had been on medication since January and I wasn’t getting any better.

They wanted to know if there was any disease in me that had been feeding on the medications I was taking. All the tests came out negative and they had to do a MRI scan.

After the scan, they found out I had lumbar spondylosis, which is a disease of the spine. There is no medication for it and they told me it was a surgery that could correct it; it was a 50/50 situation. I had the surgery on August 29, 2019, and it was successful. (As a result of the illness), I didn’t do anything for the whole of 2019.

“However, my first son really encouraged me. I was really scared and he said, ‘You know you are a child of God. You fear God; worship and pray to Him all the time’. He told me not be afraid, that the surgery would be successful.

I was also scared because I didn’t have the finances to go for a surgery abroad. I had just finished making a movie and my mum had been ill for a while. I was very scared of death and not being able to walk again.”

List Of Nigerian Stars Who Have Won A Grammy Award