Veteran Nollywood actress, Patience Ozokwo, has taken to her page to tender an apology to fans for playing the roles of a wicked mother-in-law or stepmother in movies.

She tendered the apology on Instagram when a random user posed the question: “The movie that traumatized me as a child was…?”

Responding, another user, who tagged the actress, said, “Every Nollywood movie with Patience Ozokwo”.

Read Also: ‘I Only Discovered After Death That Ibidun Ighodalo Tried Reaching Out to Me Via DM’ – Tonto Dikeh

The actress while joining the conversation said: “My people, is it time to apologise? I am sorry, in fact, I am totally flabbergasted.”

However, she was urged not to apologise by some of her fans who said they now understood the message she tried to pass.

One of her fans, Violetmuwanguzi, stated that as a young child, she believed the actress was truly a wicked person in reality.

She wrote, “I really hated you a lot when I was young because of the way you were acting, and I didn’t know that you were just acting. I thought that it was real, that it is the way you treat people. But the endings were so good for you because it ended when you got mad or have accidents.

“But mama, that was then. Now, I am a big girl and I know what you were trying to teach us that whatever you sow, you will reap, and I love you so much and wish to meet you one day.”

Patience Ozokwo thanked her fans eventually for all the support during her career.

“So ‘No Apology Needed’ group won. Thank you so much for all your beautiful comments and your support throughout my career. 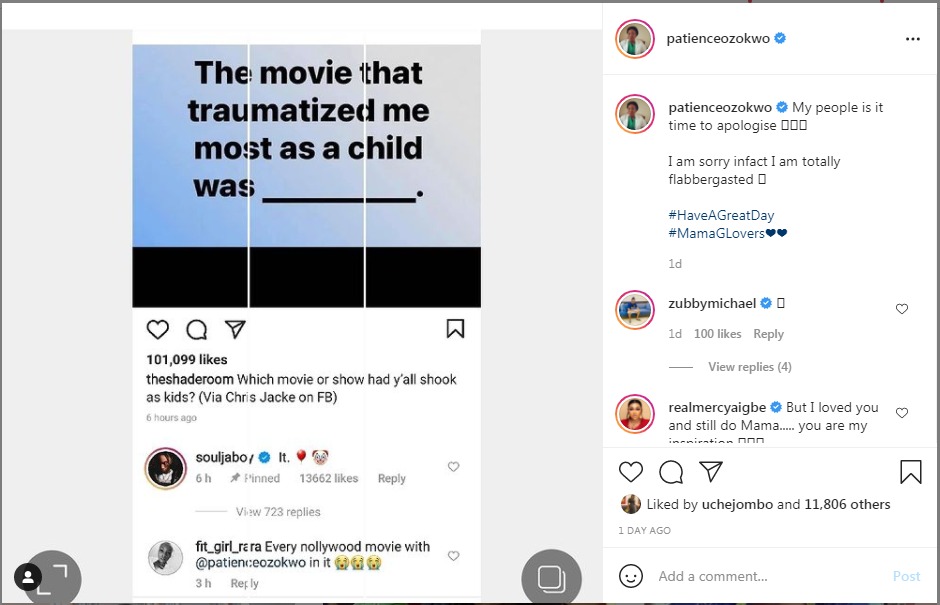 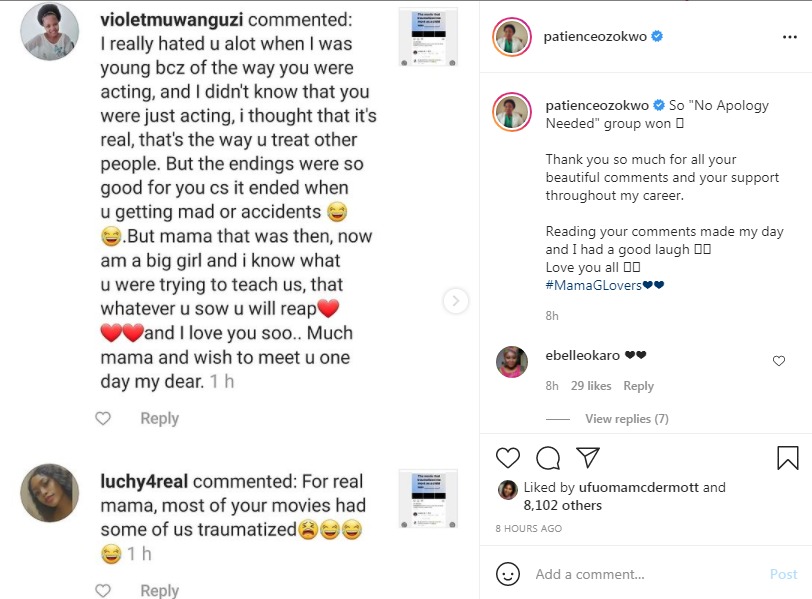