I give myself orgasm with sex toys – Nollywood actress confesses

Fairly popular Nollywood actress, Amara Maduka has confessed to helping herself reach orgasm with the help of sex toys in a new interview with Sunnewsonline.

According to the curvy lady, she has been in a relationship with herself for some period and the only way she manages her sexual urge is by using her sex toys.

Amara further disclosed in the interview that the sex toys have been loyal to her and since they do not cheat nor have the ability to do such, her life has been completely free of drama. 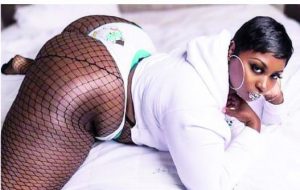 “I wouldn’t say I’m single. I’m simply self-dating. I take myself out, buy myself good stuff, spoil myself and, of course, give myself the best orgasm. Yes, I use sex toys.

“They save lives. You should try it. They are so loyal to you. They don’t give you drama. You don’t share them with others. They don’t cheat too!.

“They are the best. I don’t worry I would get addicted to them because personally nothing has control over me. I can dump it in a heartbeat if I want to. I use it; it doesn’t use me,” she stated.

Speaking on her take on her sexual intercourse with the opposite sex, Amara said, “I can do without sex. Good sex is great but then, e no be food. When the time comes to dump them, I know how to go about it.”

BamBam reveals her initial intentions for Teddy A

#EndSARS: Freedom Park’s 10th Anniversary Postponed In Honor of Those Who Died During…

No Need For Panic Buying of Petrol, Says NNPC