Yusuf Idegu, The Nation journalist has dismissed claims that his story on the reaction of the leader of Miyetti Allah on Plateau killing is false – The journalist said he stands by his story which is an interview with Danladi Ciroma – According to Idegu, he never circulated the controversial story on Whatsapp as widely speculated by a journalist with The Nation newspaper.

Yusuf Idegu, has said that he stands by his story on the reaction of the leadership of Miyetti Allah over the killing of hundreds of Plateau state residents. Idegu dismissed as false reports that his interview with the leader of the Miyetti Allah Cattle Breeders Association of Nigeria(MACBAN), Plateau chapter, Danladi Ciroma, never took place. The journalist had in a report said that Ciroma had described the killings in Plateau as retaliation for 300 rustled cows and loss of some herders’ lives generated controversy. While, the MACBAN leader admitted to granting Idegu an interview, he however denied ever making such statement

“We talked on phone. Sincerely speaking, what that boy wrote was not what I told him. We did not speak on reprisal attacks,” says Ciroma.

The Nigerian media was subjected to intense criticism, with the presidency accusing it of fuelling tension. But in a message circulated via a WhatsApp group on Tuesday 3rd July, 2018, Idegu maintained that Ciroma made the utterances attributed to him.

Below is the statement:

PREMIUM TIMES in their apology to Miyetti Allah last week which went viral, I did comment that they were unnecessarily in a hurry to conclude their investigation on the denial of Danladi Ciroma who granted me interview. I still insist that that so-called investigation is so shallow and strange.

If you read that apology again, it was alleged that I YUSUFU AMINU IDEGU circulated my story on a WhatsApp page for colleagues to copy. All of us here in Jos can bear me witness that I don’t have the habit of sharing my published story in a WhatsApp page. By the way, it is against our rule here that no journalist should paste his story on any of our three platforms eg, Correspondents platform, NUJ platform and that of Ministry for information. So, on which reporters platform did I share that story? Can any of us remind me of any other platform I circulated that controversial story. I never did.

Again, the fact that Danladi Ciroma denied his comments and PREMIUM TIMES hurriedly apologized to Miyetti Allah does not mean Miyetti Allah is right and the media is wrong. Up till now, I still remain positive and confident that Danladi Ciroma is lying, the fact that I have no record of the interview does not also make Ciroma right in his claim. Let us not narrow investigation into media publications to availability of recording alone, providing the voice recording could be a short-cut to the investigation, but in the absence of the short-cut, the long-cut alternative can be explored for thorough investigation. I’m happy my employer, THE NATION newspaper is doing that at the moment, based on the confidence they have in me, they are exploring all necessary alternatives to get to the root of it.

As colleagues or as a body of media practitioners, let us also not be too hasty in condemning any colleague that finds himself in this saga for the fact that in all disciplines, professionals can make mistakes at a point in his work no matter your years of experience. I’m 19 years in journalism, in spite of that, I’m not immune to professional mistakes.

Above all, I still insist I’m not wrong in this matter, I have no apology for Miyetti Allah or Danladi Ciroma.

Thank you colleagues for taking your time, remain BLESSED.

Meanwhile, report by The Nation on Miyetti Allah’s response on the killings in Plateau state took a dramatic turn. Following various investigations, it was gathered that there was no recording of Idegu’s alleged interview with the leader of the cattle breeders association in Plateau. 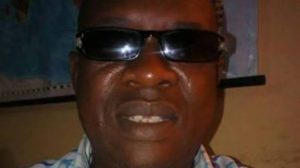 Documentary on displaced people in Borno set to premiere Oct. 25