“I worry for my safety” – Omotola Jalade-Ekeinde

Popular Nollywood actress, Omotola Jalade-Ekeinde has stated that some men in uniform have once pointed guns at her for criticizing the Nigerian government.

The renowned humanitarian made the comment while she was being interviewed by newsmen from Guardian, concerning the feedbacks she received from Nigerians over her comments on the current government administration. 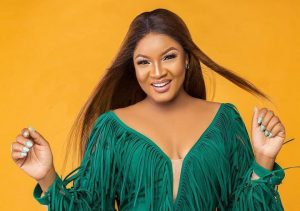 Omotola stated, “I’m not overwhelmed by the reactions, especially the negative ones. I expected them. These ones were just talk. I faced bullets before. I faced military men pointing guns at me, and so, the negative reactions were nothing to me. And why would I want to ruffle any nest? Who doesn’t want to hide his or her head? Do you know that when I had cause to speak up against previous governments, I was attacked? Not by words alone.

“But my business, my personal life, my finances were attacked. It is not something I enjoy doing, but sometimes, I worry too like every other normal human being. I worry for my safety. I worry for the safety of people around me.”

Omotola had in some weeks back, called out president Muhammadu Buhari, and Vice President Yemi Osinbajo, stating that the country’s economy had deteroriated under their watch, and asking them to “do something about it.”