Following the recent drama that surfaced on Instagram about Nigerian Rap Artiste and Chocolate City Vice President Ice Prince Zamani’s as concerning his ex-girlfriend who allegedly has been cheating with an Abuja Big Boy who goes by the name Akinbode, Ice Prince has taken to twitter and appears to be heartbroken.

Some of this tweets which reads; 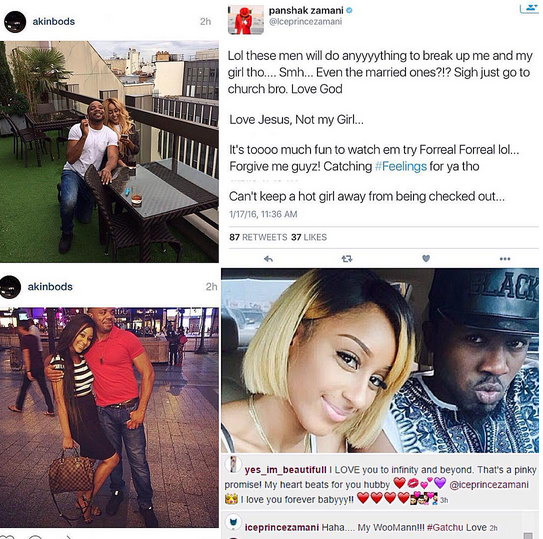 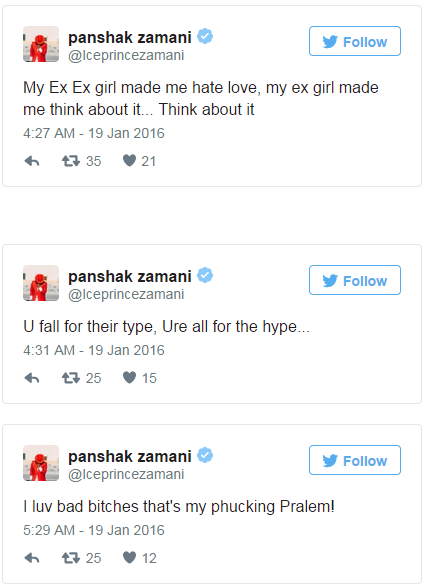 Although, the rapper at the beginning of this whole mess had taken sides with “Bae” following her lovely post promising him her love and all but the emergence of pictorial evidence must have been the last straw that broke the Camel’s back and knocked the rapper back to reality.

The couple emerged to the public eye sometime late in 2014 with Ice Prince having shared her picture on several occasions the latest being an appearance the Ghanaian Ex girlfriend made in his Feelings video.

We hope Ice Prince gets over this quickly and of course brings the best to the table.