The former Voice contestant, Christiana Grimmie, was killed a few days ago when an allegedly deranged fan shot her.

The killer was said to have travelled from another city to Orlando with the sole aim of killing Grimmie.

The identity of the killer has been revealed as Kevin James Loibl, 27, of St. Peters burg.

Loibl after killing Grimmie was tackled by Grimmie’s Brother before turning the gun on himself.

There is no apparent connection between Grimmie and Loibl prior to the killing.

Grimmie had been signing autographs when she was approached by Loibl and shot.

The police are going through Loibl’s personal effects in the hope of discovering a motive.

You can see the picture of Loibl below. 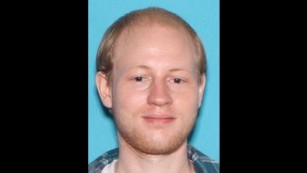