Striker Odion Ighalo has described playing for Manchester United as ‘an honor I will forever cherish’.

He stated this on Tuesday while bidding farewell to the Old Trafford side in a lengthy Instagram post as his loan deal with the club is set to expire on January 31.

However, he saw playing time greatly diminish in the current season.

Despite the disappointments after the initial strong showing, the player said he is leaving the club with fond memories. 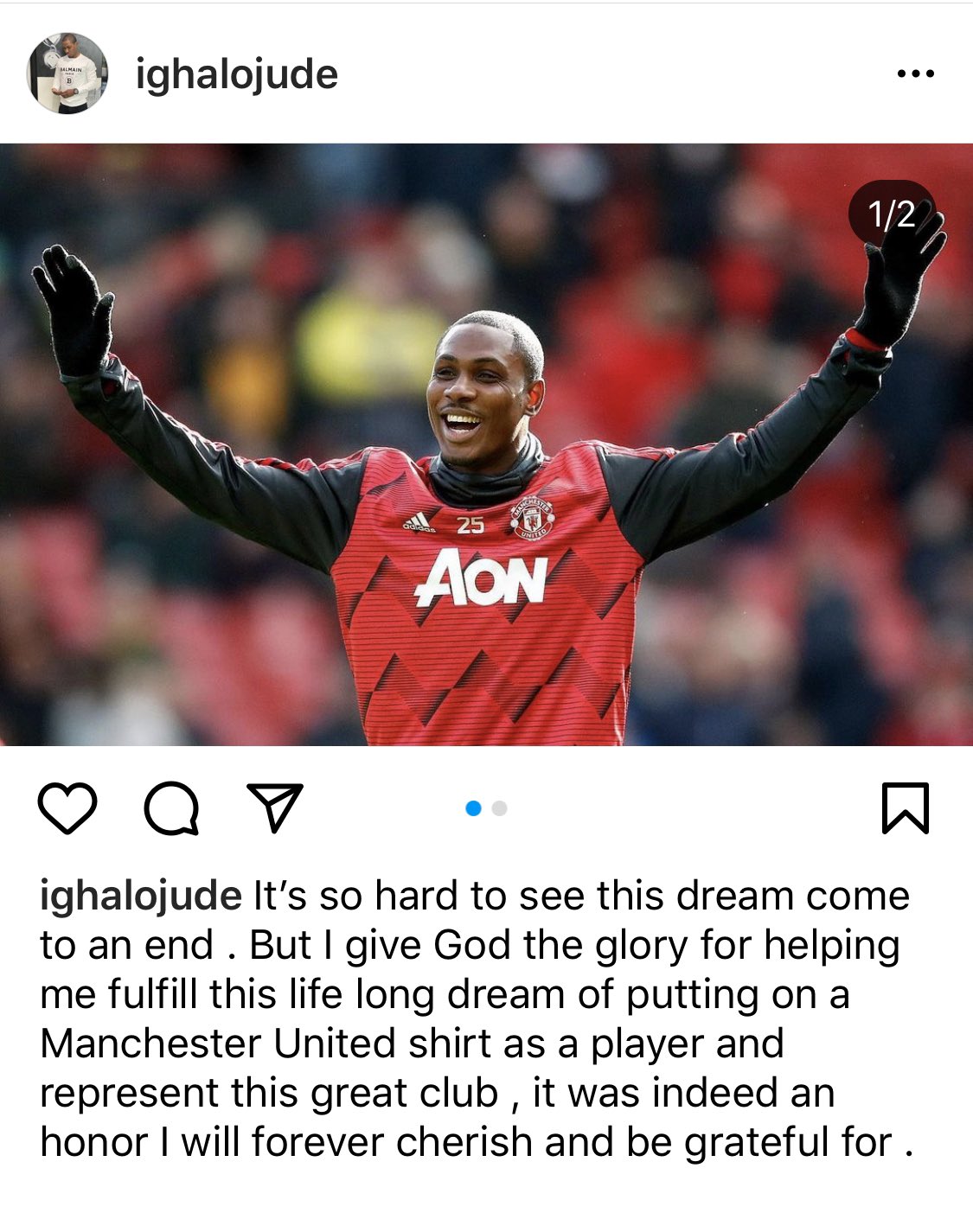 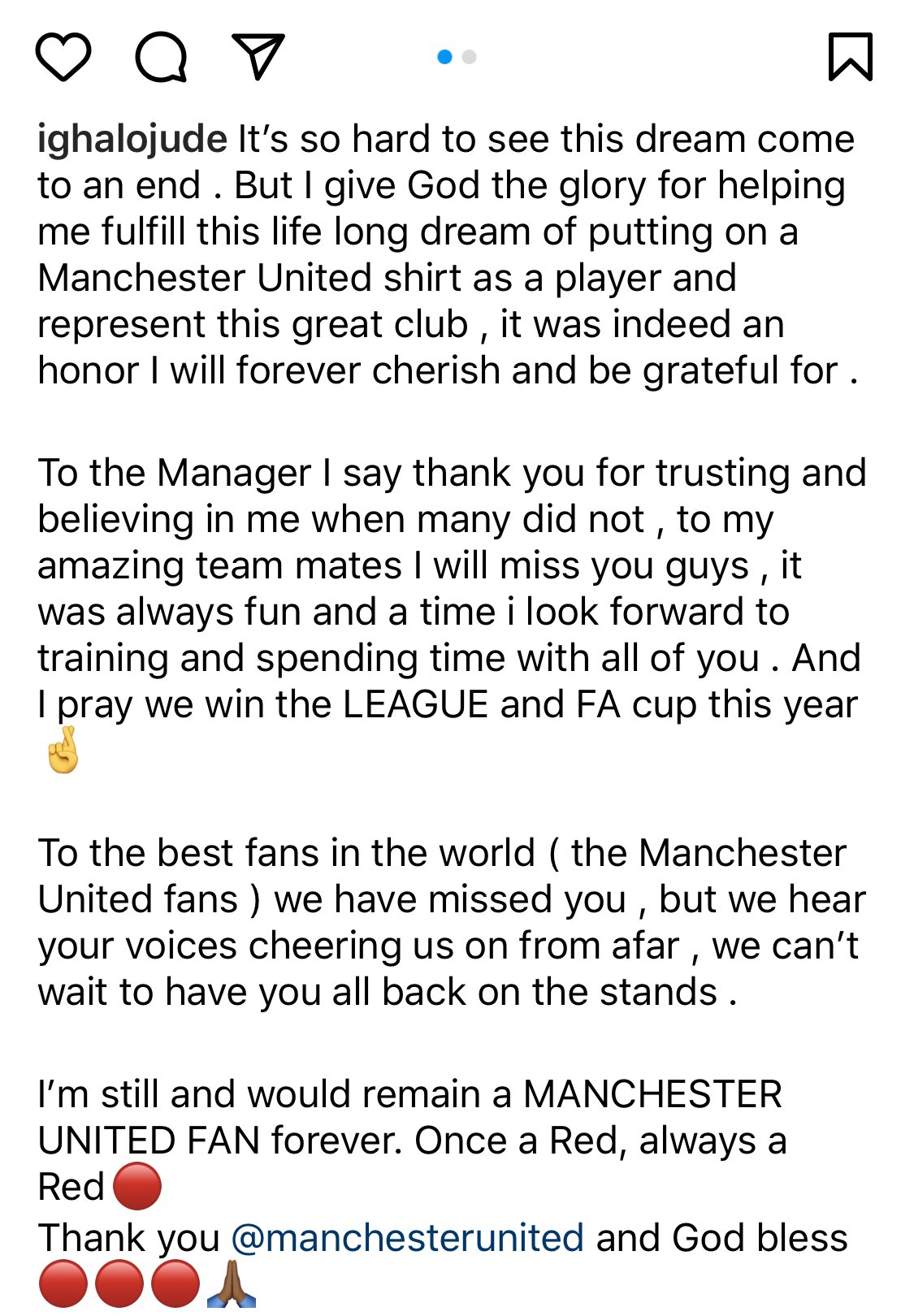