The Convener of Concerned Nigerians, Mr. Deji Adeyanju, has mocked EFCC Chairman, Abdulrasheed Bawa after the latter said National Leader of APC, Asiwaju Bola Asiwaju was under investigation by the commission.

The popular activist, who petitioned the EFCC in 2019 over Tinubu’s bullion van saga, dared the anti-graft agency to arrest the former Lagos governor.

“You asked me a question earlier about arresting people before investigation and now you are saying why didn’t we arrest Tinubu? Why didn’t you just say ‘arrest him?’

“Investigation is ongoing. When you are investigating matters like this, they don’t end in a day. Thousands of investigations are going on, on a daily basis.

“You understand? You know you are from the media. After you will say we are doing media trial,” Bawa told Thisday.

Reacting, Adeyanju vowed to organise an award in Bawa’s honour should the anti-graft agency summon the courage to arrest the influential politician. 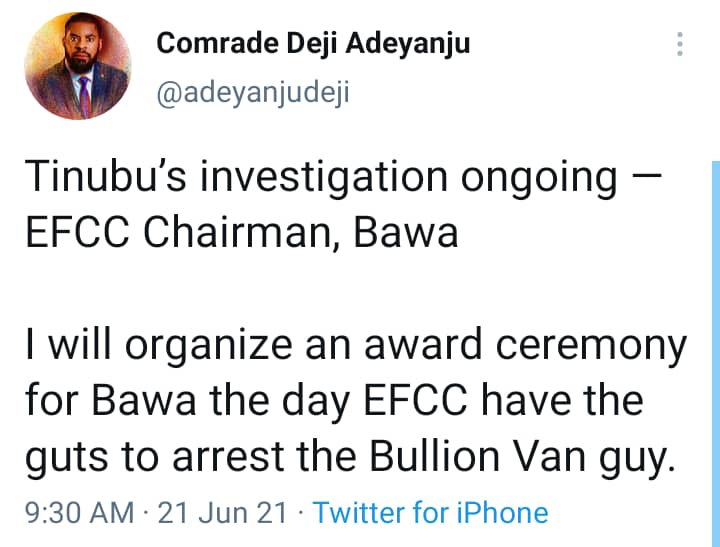