“I’m Posting Pictures of Myself Smoking Kush to Tell the Truth about myself.” – Rihanna

The Barbadian beauty, 25, opened up in the April issue of Elle UK about how Brown inspired her new single “Stay,” and why she intends to keep him in her life, no matter what anyone else thinks.

“‘Stay’ is a story about having love that close and wanting it to last forever,” the “Diamonds” singer explained to the magazine, on newsstand March 6.

“You don’t have that feeling with everybody so when you have it you don’t want to let go of it. I would definitely say that he is the one I have that kind of relationship with,” she said of Brown.

Though Brown, 23, and Rihanna have had a rocky past, the two rekindled their romance last year. Even with Brown’s recent outbursts, including a spat over a parking lot space with Frank Ocean, Rihanna feels that the two have wiped the slate clean from their violent past.

“What we want [is] a great friendship that’s unbreakable,” the star noted.

“Now that we’re adults we can do this right. We got a fresh start and I’m thankful for that.”

Still, the star isn’t completely insulated from the pressures of fame and the criticism Brown has attracted in the media. She spoke to the magazine about the tattoo of a gun she had inked on her ankle just days after Brown and ex-boyfriend Drake got into a scuffle at a New York City nightclub.

“Everybody wanted to know what was happening in my life. Is she a drug addict? No. Is she an alcoholic? No. Is she a victim? No,” the songstress said. “That’s when I got the gun. It was a symbol of strength. I’ll never be a victim.”

Being caught up in another controversy isn’t on Rihanna’s long-term agenda. In the not-so-distant future, the singer even hopes to start a family. When asked where she sees herself in five years, Rihanna said she imagines a more maternal role.

“I will probably have a kid,” Rihanna said. “And I’ll have to set some things up so I don’t have to tour for the rest of my life, even though I love touring.”
Before she starts painting the nursery, Rihanna might want to curtail her habit of putting up sultry photos on social media sites. But it doesn’t look like that will happen anytime soon.

“I Instagram everything about my life, whether it’s smoking piff, in a skrip club, reading a Bible verse-how crazy, I know-or hanging with my best friend, who happens to be Chris,” Rihanna said.

“I’m posting pictures of myself smoking piff to tell the truth about myself. I’ve got so much to think about, why bring all this extra s— by being dishonest?” she asked.

Recent examples of her Instagram habit include what appeared to be a Valentine’s Day bouquet of what looked like kush plants and a shot of her in a skimpy bikini on her 25th birthday.

But there’s still someone in Rihanna’s life that can get her to tone down her Instagram snaps: her mother.

“I’m not afraid of any person in this world but her. I’m terrified of her!” Rihanna confessed.

“She called me two days ago and reeled me in about two nekked pictures [my friend] Melissa put up on Instagram … My mom, she went crazy on me.”

“I was, like, embarrassed. I felt like I got my a– whupped in front of my class in school!” Rihanna continued. “She said, ‘This was like a private moment and you’re just parading this around.’ She humbled the f— out of me.” 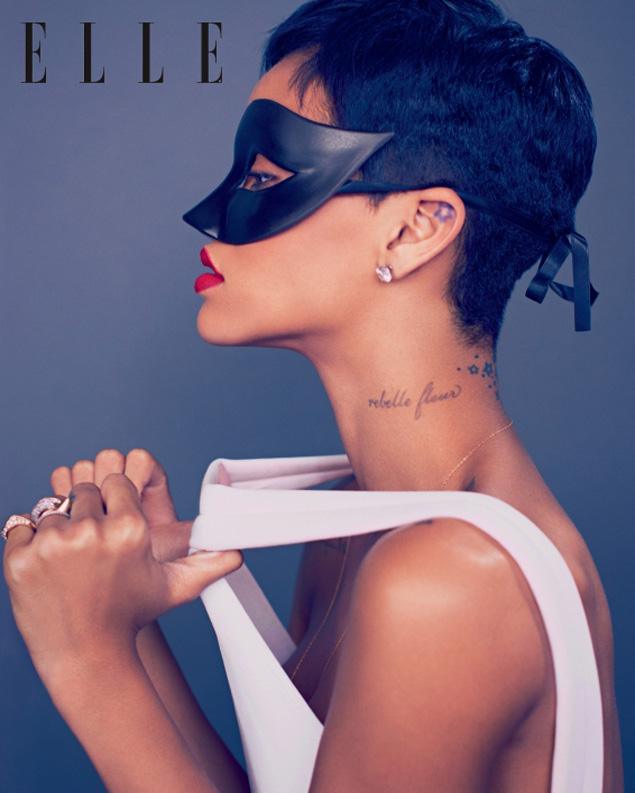 Police Commissioner Gunned Down In Enugu