Incest: “I think My Wife is Sleeping with Her Mother”- Husband Laments

Wonders they say shall never end as Love Doctor Joro Olumofin and his followers love taking us on a whirlwind of stories that you wouldn’t hear on a normal day.

One of his dedicated users has decided to share his sad story which has left a lot of readers shocked to the core.

According the man, he suspects his wife is involved in a lesbian relationship with her mother, can this be called ‘Motherly Love’?

According to the heart broken man, he believes his wife is sleeping with her mother as they shower together and he has also seen them kissing each other intensely.

He also noted that when his mother-in-law is around, he wakes up in the middle of the night to an empty bed, as his wife would sneak out to her mothers’ room.

Read also: INCEST: wife leaves husband to be with father, says she is sexually attracted to him

He noticed that when she would return, her mouth would always smell like Vagina. 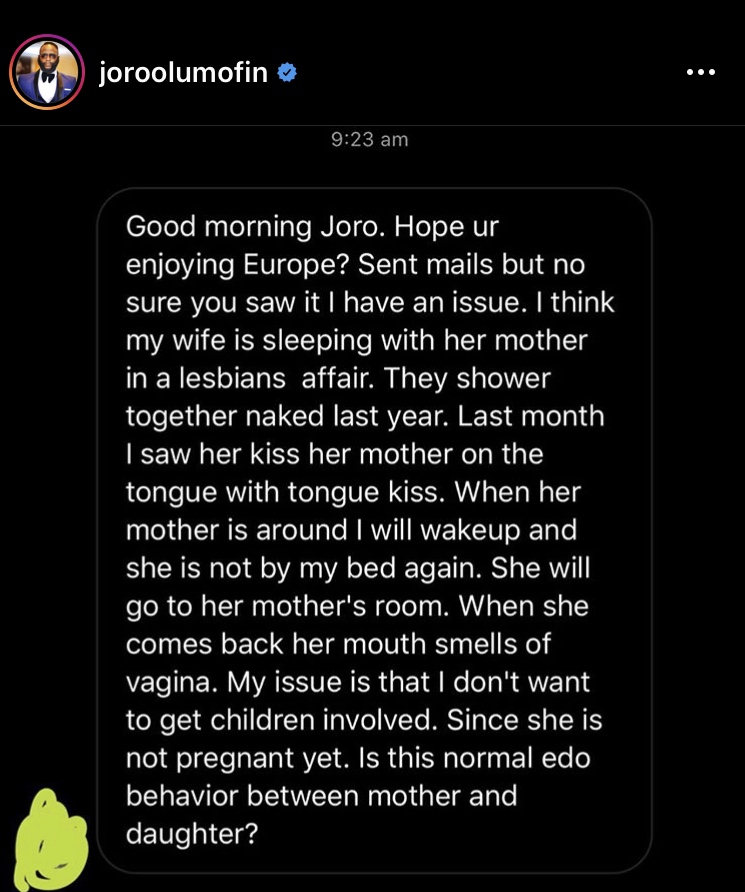 He ended his story by asking the Joro if it was a normal behaviour in Edo State between mothers and their daughters.

Sowore Has Hurt Me, I May Still Settle His Bail – Apostle Suleiman