INEC has left the slot for Rochas Okorocha’s name blank after the commission released the full list of Senators who would be heading to the 9th National Assembly in May.

The list, which was published on their website, will serve as the ground to issuing Certificate of Return to the winners on Thursday.

Out of the three Imo Senatorial district, the only Senator-elect on the list is Onyewuchi Ezenwa Francis who is representing (Imo East). Ezenwa won the seat via the platform of the Peoples Democratic Party. 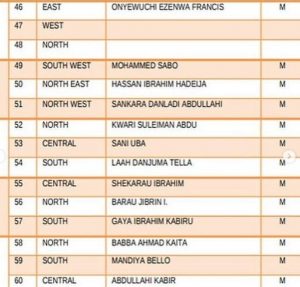 Okorocha, who contested under the platform of the All Progressive Congress, would have represented the Imo West Senatorial district. However, INEC decided to leave it blank after the Returning Electoral Officer, Innocent Ibeawuchi, reported that the results of Senatorial elections in the district were declared under duress.

The third slot, Imo North, was also left blank. However, the commission noted that the supplementary election would decide who determine whose name would appear in the slot.

JAMB lists all banned items ahead of 2019 UTME