Instagram model auctions her bathwater for $30, sells many within days

Social media has been set ablaze after a British model, Belle Delphine decided to start auctioning her bathwater for the sum of $30 per container.

Belle who is also a social media influencer with almost 4 million followers had made a random post about the business idea. In it, she held a plastic of what she called “GammerGirl Bath” which she supposedly filled up while having her bath.

After the sales of the product skyrocketed, she took to her handle to write, “I will be making some more soon but it’s been honestly a weird couple of days taking SO many baths. 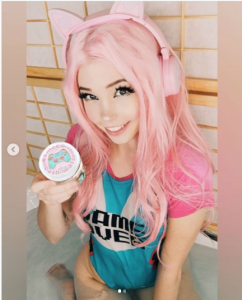 “Disclaimer: This water is not for drinking and should only be used for sentimental purposes,” she writes online.

Belle later went on Twitter to announce that all the used bathwater she had stock had been sold, even though she did not expect it to have been bought by so many people.

She wrote, “I didn’t expect to sell so many or to have THIS many baths either LMAO.

“For anybody waiting on one don’t be worried if they’re a lil late im working on getting them to you as fast as I can!”

Makinde dissolves board of electoral commission