“It was hell working with Tonto Dikeh”- Ex-employee laments

A former board member of the Tonto Dikeh foundation, Bunmi Fagbuyiro has lashed out at Tonto Dikeh over the way she treats others.

A few days ago, Bunmi reached out on social media, saying Tonto Dikeh should be held responsible if anything happens to him or any member of his family.

Sunday Scoop has now engaged him in a discussion in a bid to reveal what actually went down between them.

In the discussion, Bunmi, who affirmed that he used to work with her, stated that he had to resign because he could no longer tolerate her attitudes.

He explained, “We used to work together but she is not exactly a good woman. I tried to tolerate her but it got to a point when I felt I deserved some respect and left the foundation. When I told her I was leaving, she became bitter towards me and called me many unprintable names. But I didn’t mind as long as I didn’t steal from her. She is the type of person who doesn’t like to pay salaries; she doesn’t want to be responsible for anything.”

Bunmi equally mentioned that Tonto asked for his arrest without a justification for it – a gesture that was very alarming.

He stated, “A week after she sent me the message, she came with some SARS officers to arrest me. They were supposed to beat me but they were gentle with me after I told them what transpired between us. She collected all her things from me and told the SARS officers that she would pay me the next day. Meanwhile, she didn’t pay until four months later.

“I have known her for 10 years but we worked together fully for six years. It was hell working with her. Everyone who had worked with her didn’t leave on good terms, but I thought I could coexist with her. I took my time to study her and I observed her temperament. I even tried to help her psychologically.”

Bunmi mentioned that he had tried to get his name removed from the list of signatories in the NGO’s account, however, some spelling errors have been delaying the process at the bank. 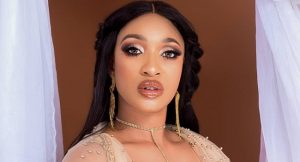 He said, “When she called me that my money was ready but I needed to sign a document, I obliged. Unfortunately, the two times I signed, they didn’t spell my name correctly on the documents. This has made them unable to withdraw money from the foundation’s account.”

Bunmi continued, “When her manager, Chris Odeh, called me that I needed to sign again, I was furious because I wasn’t in town. She talks to me through her management. Odeh was also the one who showed me the threat message she sent to me. I also have a recording of how they planned to destroy me.”

Meanwhile, reporters from Sunday Scoop were also able to discuss with Chris Odeh concerning the ongoing drama. He quickly established the fact that he was a friend to Tonto Dikeh and not her manager.

“I really have nothing to say about this because I wasn’t there when they registered the NGO. The only thing I know is that Tonto Dikeh raised funds for an ailing young boy on social media. The money was paid into her NGO’s account and Mr. Bunmi Fagbuyiro is also a signatory to that account. The bank said she couldn’t withdraw any money without Bunmi’s signature. They advised her to tell him to sign off from the foundation so that she would be the only signatory. I knew Bunmi through Tonto Dikeh and she told me to talk to him as a friend. Bunmi told me he would not sign the document and I delivered the message to her. I am just acting as a mediator so that there wouldn’t be trouble,” Odeh stated

Why I can stay off sex for a year – Actress