Ivanka Trump has been called out after referring to pro-Trump rioters that stormed the US Capitol as ”patriots” on Twitter.

In a tweet that has since been deleted, Ivanka referred to this group of rioters as “American Patriots,”

“American Patriots — any security breach or disrespect to our law enforcement is unacceptable,” the president’s eldest daughter wrote in her now-deleted tweet. “The violence must stop immediately. Please be peaceful.”

Shortly after, the president’s senior adviser attempted to clarify her comments by tweeting, “Peaceful protest is patriotic. Violence is unacceptable and must be condemned in the strongest terms.” 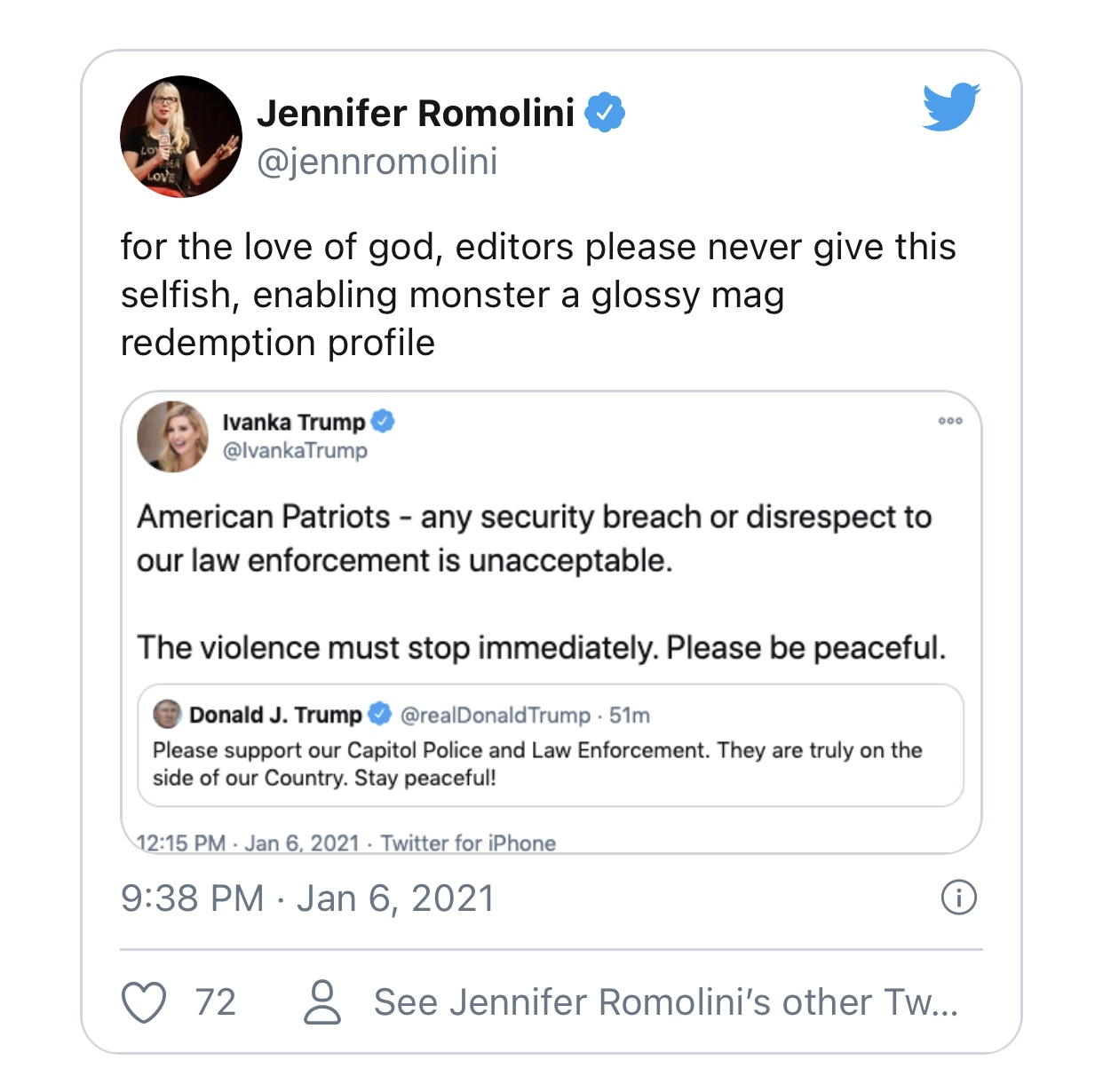 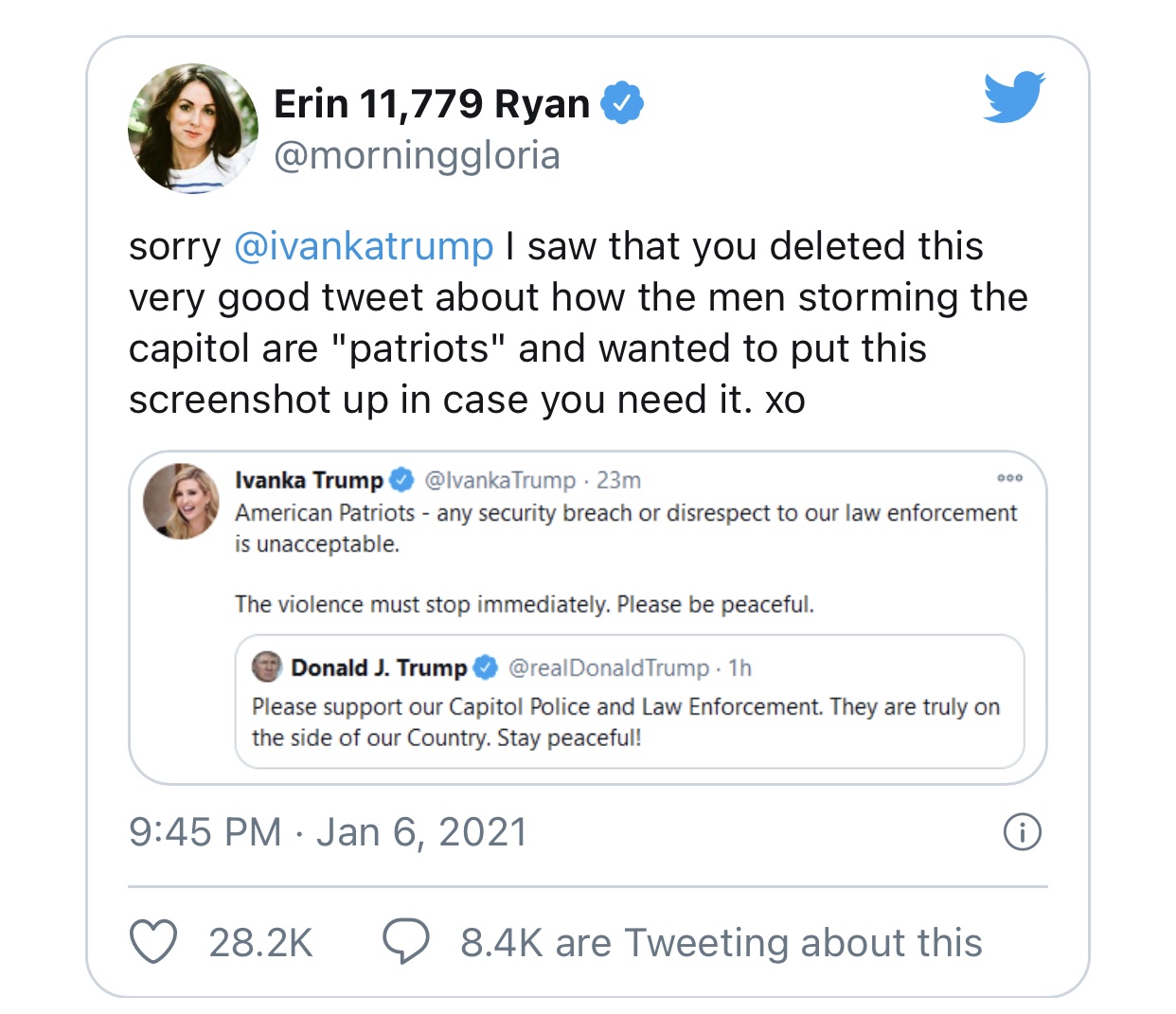 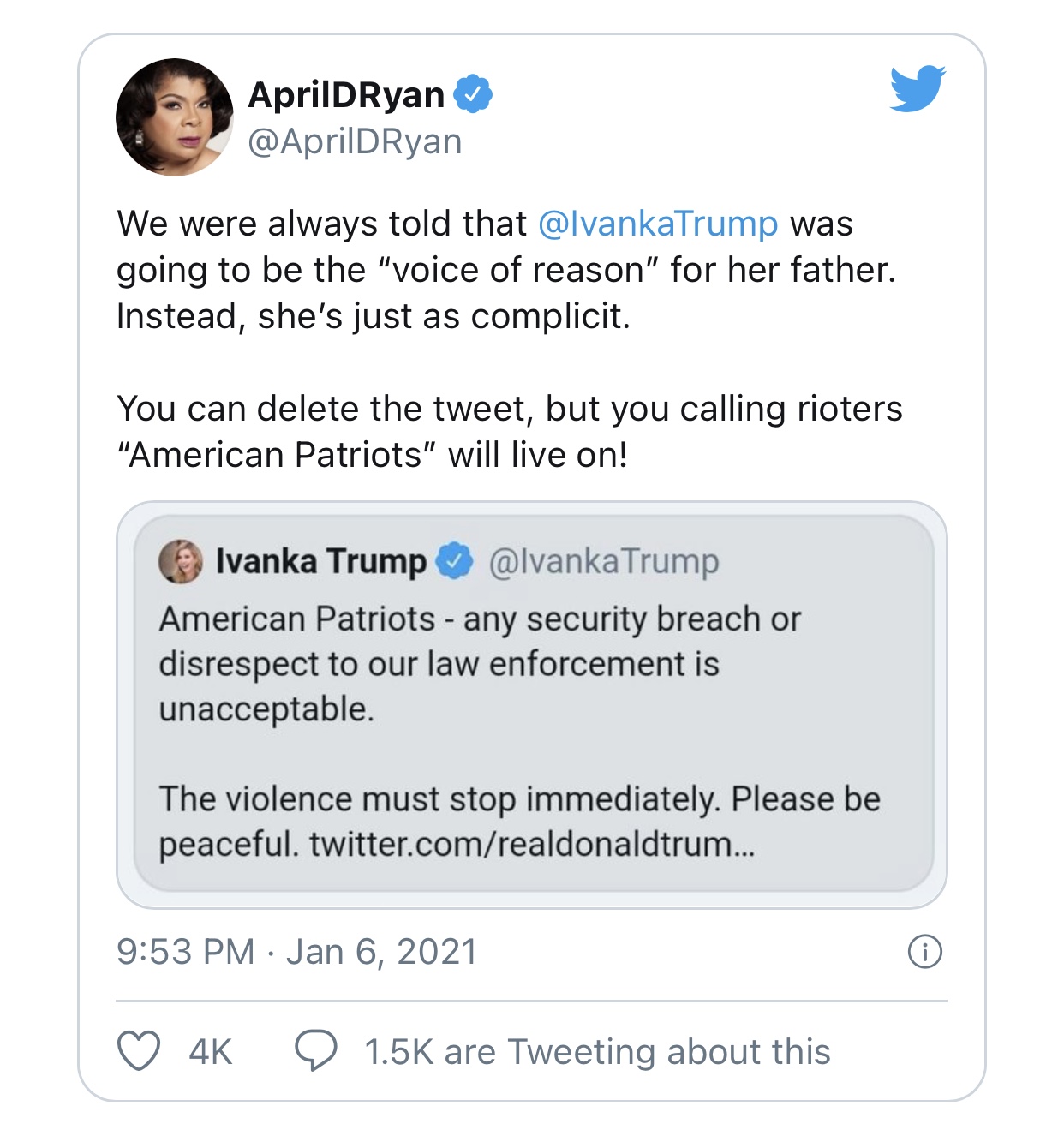 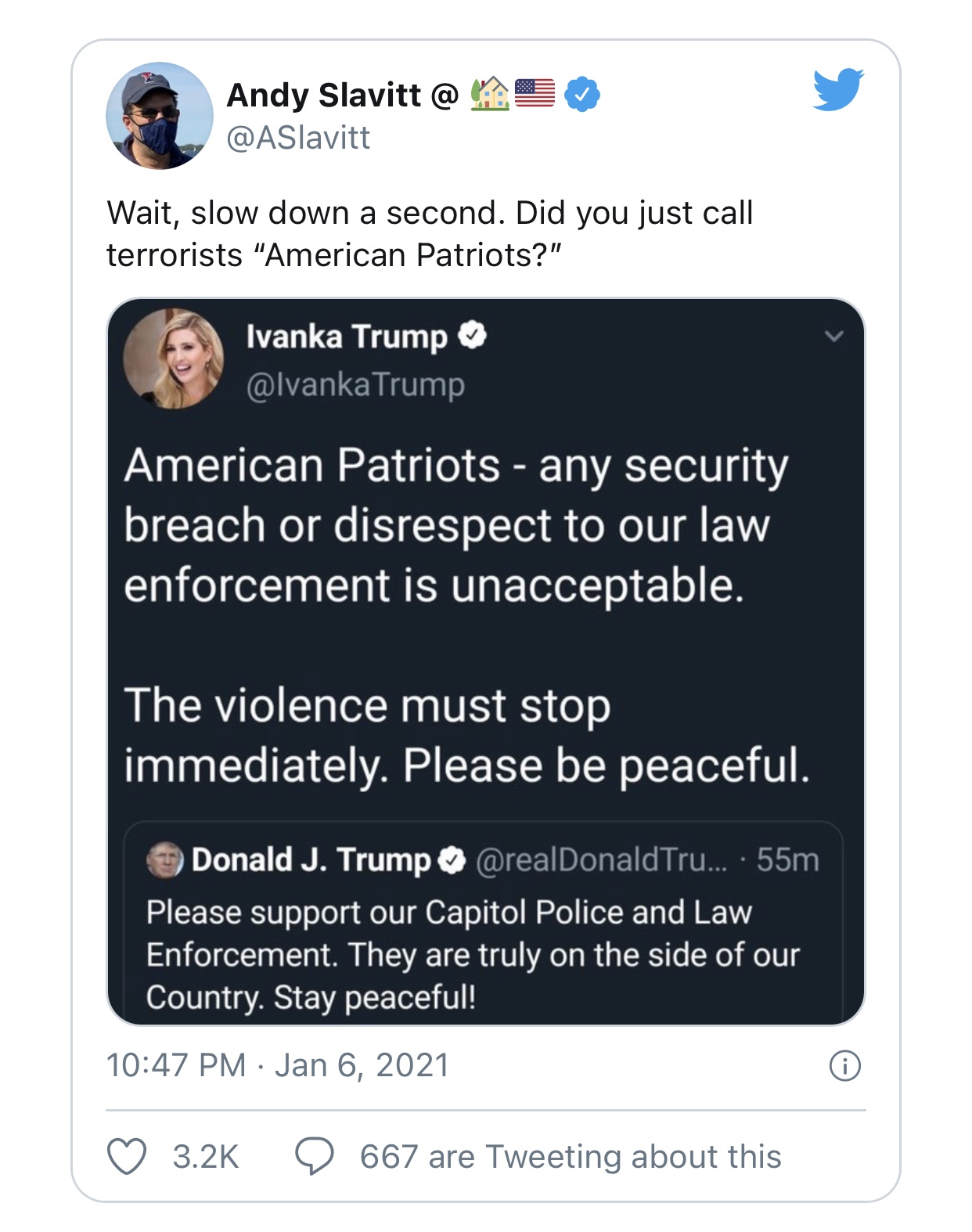 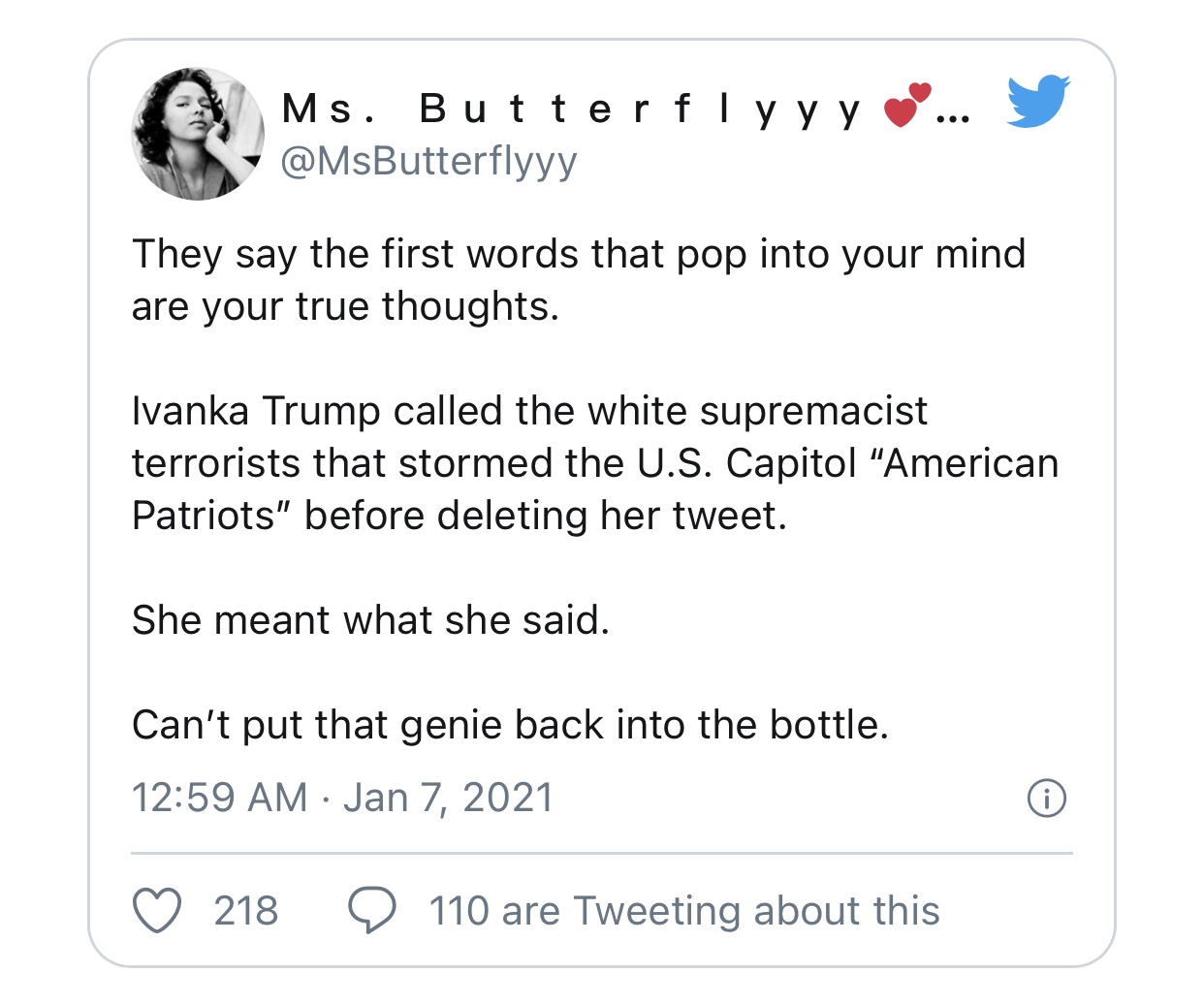