Jim Ovia ‘Africa Arise and Shine’ book launch had many distinguished guest and speakers. Everyone of them had laudable things to say about the former Zenith bank MD.

Jim Ovia’s book ‘Africa, rise and shine’ is based majorly on his life and how he established one of Africa’s most successful banks, Zenith Bank. 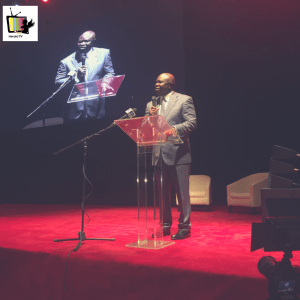 This moment was one of the highlights of the event when the Governor of Lagos state moved from his position to go stand beside the jagaban of Lagos Asiwaju Bola Tunubu for a picture  admist the alledged squabble going on in the APC party.

As Governor Ambode made that unexpected move, the entire crowd burst into laughter knowing the underlying tension between the two parties . Ambode sudden fan boy moment with Tinubu was quite the sweetest thing to see. 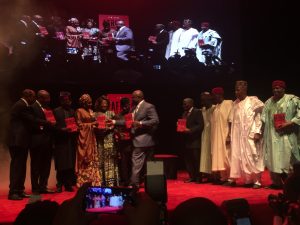 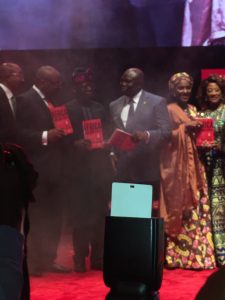 Why 2023 presidential race will be different – Doyin Okupe