Joro Olumofin Files Legal Complaint Against Tunde Ednut In Us

Nigerian relationship expert Joro Olumofin has finally had it with popular Instagram entertainer Tunde Ednut as the relationship blogger has taken legal action against him both in Nigeria and the US.

It’s no longer news that both men have been at loggerheads online. The pair had been throwing shades at one another since last year, however, Tunde Ednut started with alleging that Joro’s posts are fake and not from readers as he claims.

Joro in a reprisal attack alleged that Tunde Ednut was deported from the UK and is living is the US illegally.

For weeks, Tunde who appears to be unrelenting continues to go for the jugular by posting subliminals directed at Joro. Joro has now taken legal actions against him.

Joro filed a complaint against the Instagram entertainer with the US Department of States for cyberstalking and criminal defamation, and for allegedly overstaying his visa in the US. 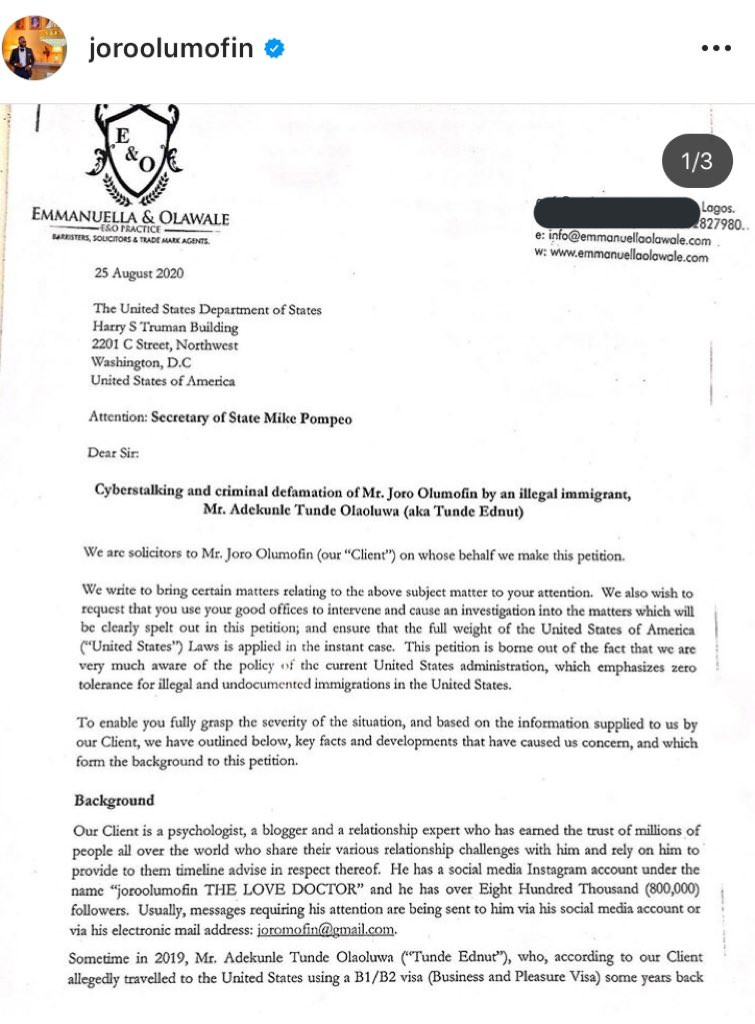 Joro also made a warning post to notify the acclaimed entertainer of the complaint. See the post below: