There was understandable shock worldwide when Kenya’s supreme court announced the annulment of their general election – a landmark ruling and the first of its kind in the African continent. However, one of the most stunned individuals may not actually be a Kenyan. Joshua Iginla, a well-known Prophet from Nigeria had released a video two weeks earlier celebrating his purported prediction of incumbent President Uhuru Kenyatta’s election victory.

Iginla had predicted the ruling party candidate would have a “narrow escape” and achieve victory by a “miracle” although some would choose to call it “magic”. With the ruling of Chief Justice David Maraga however, the ‘miracle’ Iginla spoke of can more adequately be termed as ‘fraud’ – with more than five million votes allegedly tinkered with and thus subject to suspicion. “This was a wrong prophecy,” wrote an irked Rachael Musotsi on Facebook in the aftermath of the ruling. “How can an anointed man of God give a prophecy of open rigging and call it a miracle?” Her view was reiterated by many. 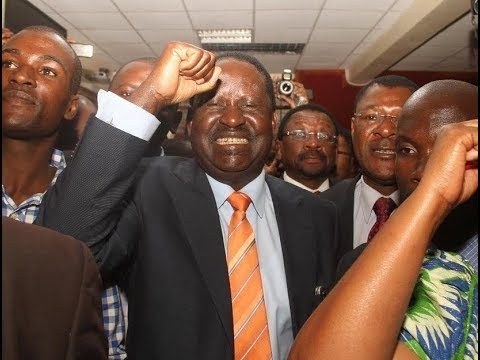 “To be a false prophet is not in prophesying wrongly or in making mistakes; hence they are human,” Iginla had once told his plethora of followers in a Facebook post. “Being a false prophet is in consulting and dining with black powers!” Perhaps this is because the Kenyan faux pas is just one of many times when the Nigerian cleric has missed the mark prophetically.

Perhaps most prominent is Iginla’s unequivocal declaration in 2014 that Goodluck Jonathan would win Nigeria’s 2015 elections. “The truth about the whole matter is that Jonathan is going to win the whole elections and there is no doubt about it,” he prophesied. “It is not because Jonathan is the perfect man, but I think the unity of Nigeria is most important. I thank God for the opposition party because they are going to do well but they are not the dream party that God will raise to take the ‘baton’ from PDP. Indeed, time would come that PDP would crumble but it has not come to the time. For now, the years ahead would still be held by the same person in power.”

When Muhammadu Buhari was historically sworn into office, there was loud silence from Champions Royal Assembly. However, the Abuja-based cleric did not stop there. In his list of annual prophecies for 2016, Iginla declared a victory for former Ghanaian President John Mahama. “I see a robust economy and the Democrats still holding onto the seat in the election. The ruling party will retain the power,” he prophesied. Again, the results proved otherwise as Mahama’s long-term rival and opposition leader Nana Akufo-Addo won the election.

Even local Nigerian politics were not out of Iginla’s prophetic vision, no matter how cloudy those revelations later panned out. When Ondo State governorship candidate Professor Robert Ajayi Boroffice visited his church in Abuja, Iginla is said to have told the surprised Senator that he was destined to be the governor of his state. Such destiny was not quick to materialise, however, as Boroffice later threw his weight behind Rotimi Akeredolu who then won the gubernatorial elections to become the new Governor of Ondo State.

Unfortunately, these examples are just the tip of the iceberg. A brief online perusal reveals ‘Brother Iginla’ is currently in Zambia – one of his many trips to the Christian nation. Unfortunately, headlines surrounding his past visits have dealt with accusations that he was being ‘paid’ to prophesy good tidings for Edgar Lungu, then a presidential candidate and now Zambia’s President.

My reason for pointing all this out is not to make mockery; but let’s call a spade a spade. Politics is a dirty game in murky waters. Getting embroiled as a cleric – who should maintain a firm and untampered moral barometer – is dangerous, especially when you are tagging politically-motivated declarations with the slogan, ‘Thus saith the Lord’. Mr Iginla – don’t confuse people in God’s name. Steer clear of political prophecies and focus on the work of the vineyard that will save souls and restore homes. Such predictions may attract media attention and garner controversy but rather than pointing people to Jesus – which should be the primary purpose of any minister – they serve to achieve the exact opposite.

How ‘The Experience’ Will Benefit Nigeria – Paul Adefarasin