Journalist, Jones Abiri, finally gets his freedom after 2 years in detention

Jones Abiri, a Nigerian journalist and Editor in Chief of the Weekly Source Newspaper, has finally gotten his freedom from detention yesterday, August 15, 2018.

Jones Abiri was arrested by DSS officials two years ago, on July 21, 2016, in Bayelsa State, and was accused of being a militant, who is interested in blackmailing international oil companies for pecuniary gain.

Ever since his arrest, Jones Abiri has been denied access to his wife and five children! In fact, he was never allowed to see anyone. Indeed, many Nigerians presumed him dead, until the DSS produced him in court in 2018!

There have been several protests and outcries on social media for his release, notably from the Committee to Protect Journalists (CPJ), as well as several other bodies and individuals in and outside the country. 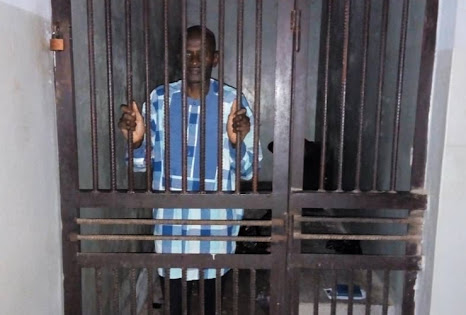 When Jones Abiri appeared in an Abuja court in August 2018, the DSS could not produce a single witness against him, a testament to the fact that the charges against him are utterly baseless.

“I will continue to speak to rebuild Nigeria” – Deposed Emir Sanusi