June 12: We should not celebrate – MKO’s son bemoans Nigeria’s retrogression

MKO Abiola’s son, Abdulmumuni, has opined that there is no cause for celebrating the Democracy day in Nigeria, as the country has only witnessed retrogression since 1993.

With a particular focus on education and health, he rebuked the collapse of crucial sectors in the country.

The bill to make June 12 a nation-wide holiday was signed into law on Monday after President Buhari made the call to honor the late MKO for his contributions towards democracy in Nigeria. 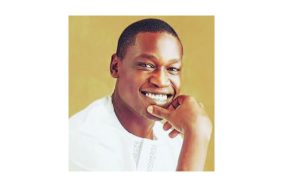 However, Abdulmumuni, who appeared dissatisfied with the condition of the country, stated that June 12 should instead, be used as an opportunity to reflect on the consistent hardship being witnessed by Nigerians.

“This is because those who made the decisions to truncate the Nigerian people’s yearning for democracy in 1993 would now see that sometimes when you make certain decisions, you must see the consequences.

“The country is worse off than it was in 1993. My father was trying to address certain issues like poverty eradication and free education. But what is going on in the country now? The education system is dilapidated. The health care system is nothing. People are getting poorer and the rich are getting richer. The poverty rate is increasing. I think the idea is that June 12 should be a day of reflection and I believe we can get out of this situation.”

June 12: Atiku, not Kingibe, would have been my dad’s running mate – Kola Abiola