United States Police has reacted to the death of Izuchukwu Madubueze who committed suicide over false sexual assault allegations.

The Herald on Sunday reported that 23-year-old rising Fashion Designer Izu killed himself over emotional trauma after his name appeared on an unauthorized Rape list circulated on social media.

US Police in a statement disclosed the 23-year-old entrepreneur died by a self-inflicted gunshot wound on July 16 although his suicide tweet got published on July 17 after he used Crowdfire app to schedule the tweet.

The suicide reads, “If you’re reading this, I’m dead….lol”

Punch which contacted relevant US authorities was told Izuchukwu shot himself.

Deputy Travis Sibley, spokesperson of the Pinellas County Sheriff’s Office said “Izuchukwu Madubueze was the victim of what appears to be a self-inflicted gunshot wound on July 16, 2020. The case is open and active and no further information will be provided at this time,”

Nani Chianese who deactivated her Twitter account after Izu’s death has released screenshots of the conversation between her and the lady who accused the deceased. 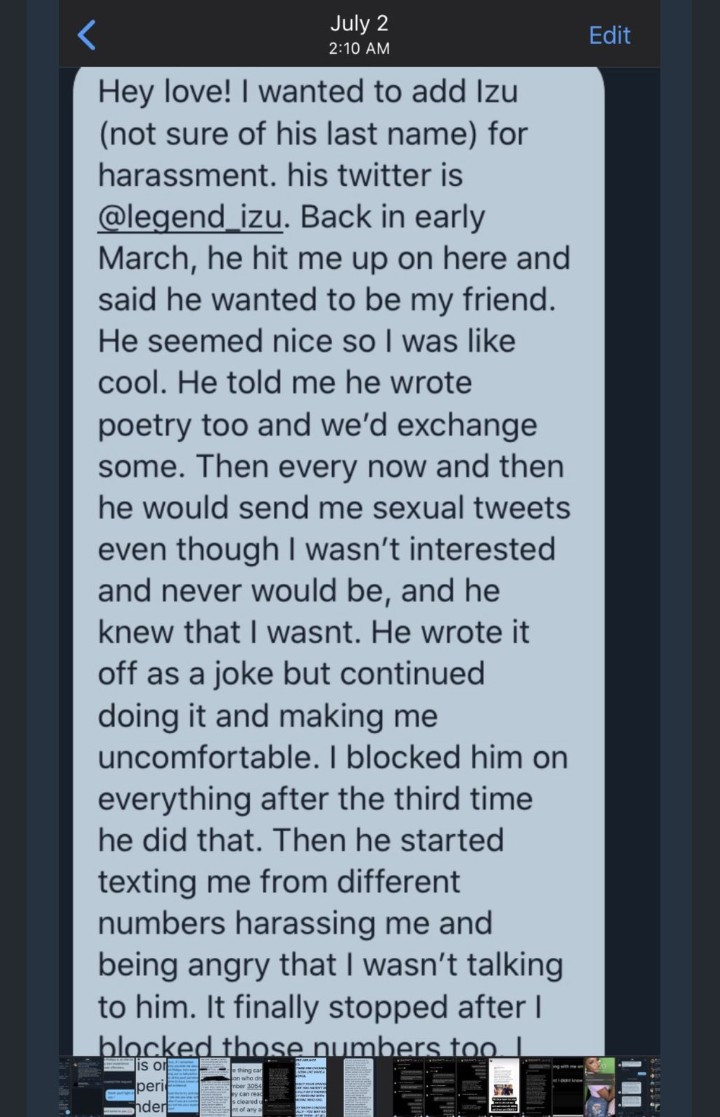 It has also come to limelight that Izuchukwu was accused of sexual assault and not rape as widely insinuated.

This has sparked new reactions from online users who alleged Izu may not be totally innocent of the sexual assault allegations. According to the court of public opinion, suicide does not mean innocence.

However, others have continued to condemn Nani Chianese who took law into her hands by publishing a list of rapists based on unsubstantiated reports from ladies who claimed to have been raped. 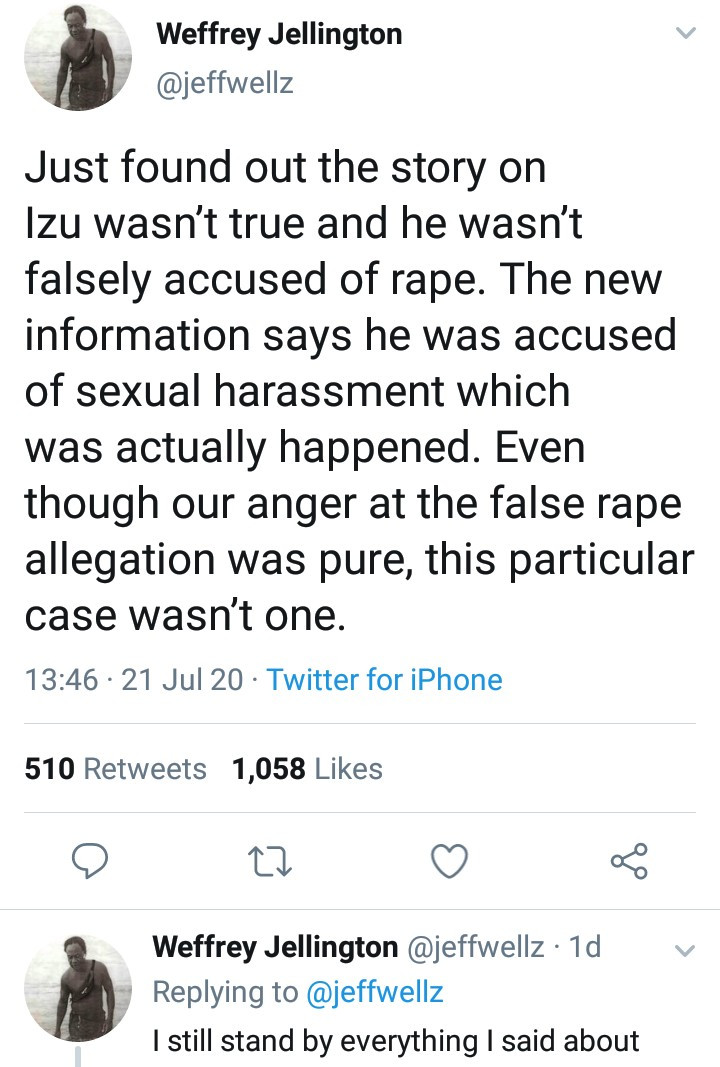 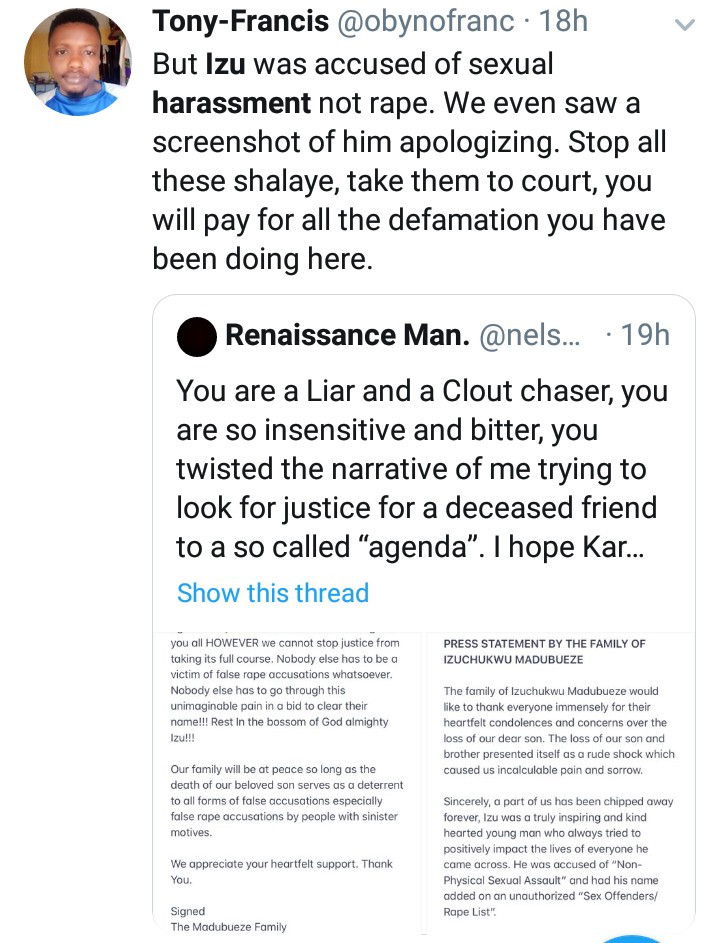 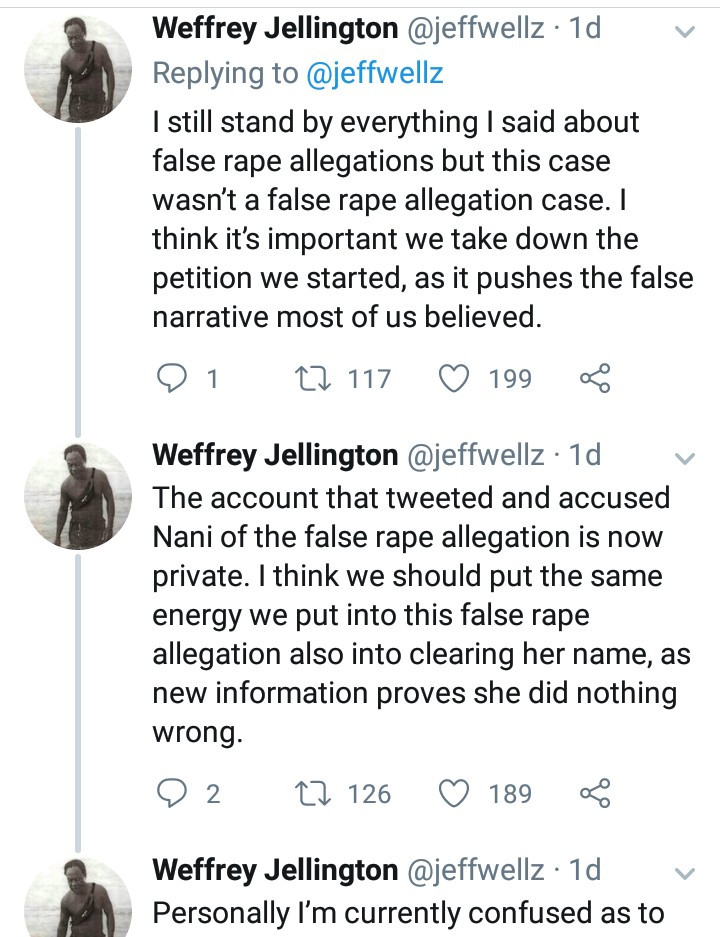 How Nigerians reacted to President Buhari’s visit to Mali

OBJ at 84: “Nigeria looks up to you for wisdom, statesmanship” –…