American rapper, Kanye West has revealed that he wants to make a Christian version of the popular video-sharing app, Tik Tok.

Kanye West took to Twitter to share that the “vision” of a “Christian monitored” version of the app came to him after he was “disturbed” by the content on the app whilst using it with his daughter.

He tweeted: “I was watching TikTok with my daughter and as a Christian father I was disturbed by a lot of the content but I completely loved the technology,

“We pray we can collaborate with TikTok to make a Christian monitored version that feels safe for young children and the world.” 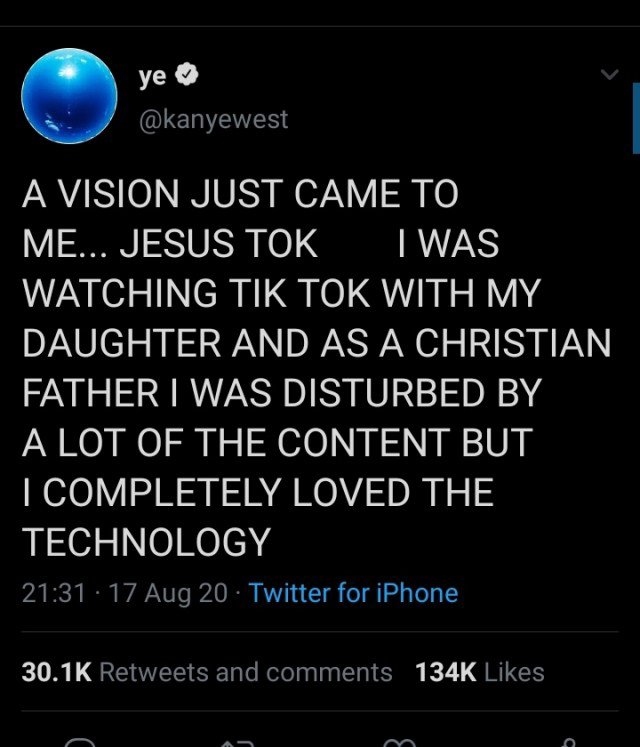 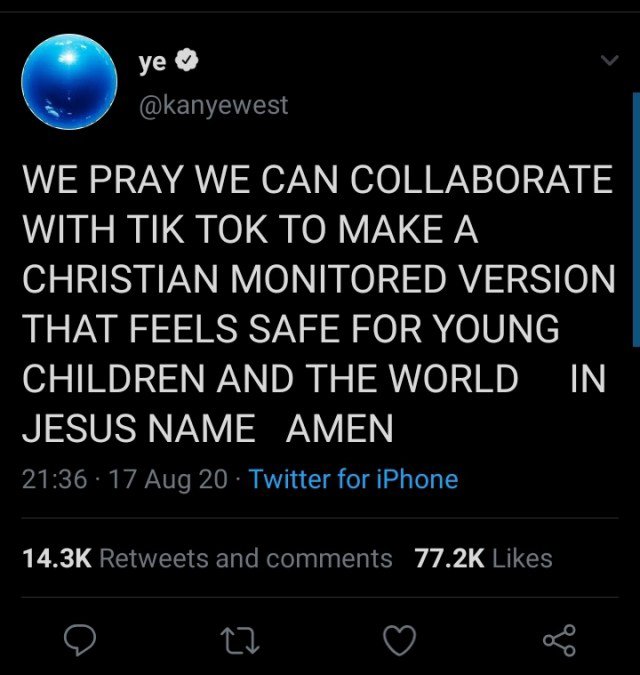 Although it’s unclear whether this is in response to Trump’s looming ban or simply Kanye’s own distaste for the “disturbing” content.

This isn’t the only scheme Kanye West has shared with his Twitter followers. Last week, the rapper took to the platform to unveil plans to build an eco-village and children’s ranch.