Supporters of the Islamic terrorists, ISIS have begun to make plans to poison the Duchess of Cambridge, Kate Middleton. A New York Post report revealed that the criminals passed the information to themselves through Telegram. They are said to have been encouraging members to poison Kate’s food whenever she goes shopping at a supermarket. 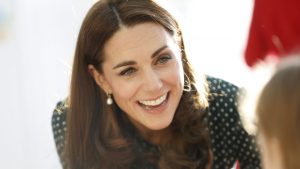 On the app, an image of the Duchess pushing a cart was circulated with the caption, “We know what she eats — poison it,”  The terror group were also reported to have shared the address of the supermarket she shops.

Again, Prince George’s image was posted by the group on Telegram as well. It is supposedly an awful image which shows him standing next to an ISIS terrorist while holding his father’s hand, carrying the caption, “Rise of the Kufffar.”

An anonymous security personnel later told the New York Post that the threats should be treated as being serious.

He said, “It’s a disgusting plot as it involves Kate’s young children and hits out at her attempt to live a normal life like any mother wants to.”