Kemi Olunloyo, controversial investigative journalist,  has yet again come out to drag the name  ‘Davido’ to the ground.

Just hours after Davido celebrated the birth of his son with fiance, Chioma, Olunloyo took to twitter to open up fresh wounds, by recounting the time Davido verbally abused her.

Read also: Kemi Olunloyo identifies 10 people that EFCC should bring in for questioning

Olunloyo posted a tweet which read “Davido’s son arrived the day he sexually harassed me”. Olunloyo went on to add screenshots of the tweets Davido had previously written to her, which had originally stirred up quarrel between the duo. 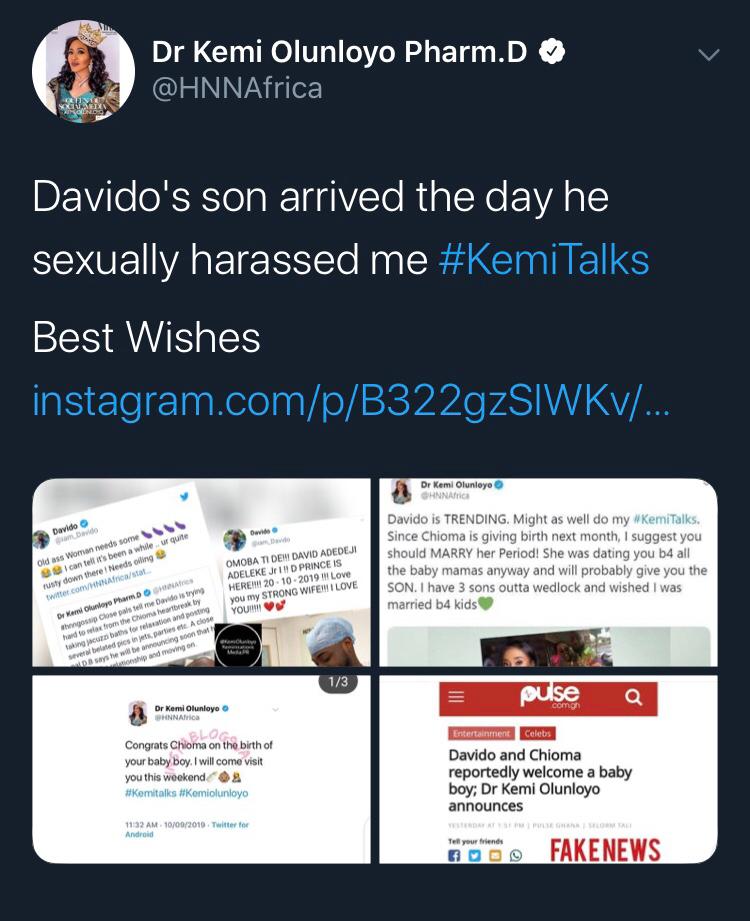