Controversial Nigerian Journalist, Kemi Olunloyo has reacted to rumors of Davido having a 4th baby mama.

According to the information shared by GistMerchant blog on Instagram, the London based makeup artist, Larissa welcomed her child weeks ago and Davido is allegedly responsible for it.

The blogger wrote: “There have been rumours floating around for a while now of Davido having another child. I’m here to confirm the gist and give details. Meet the newest baby mama Larissa Yasmin Lorenco A.K.A Larissa London. A make up artist born and raised in Angola but moved to UK and have been in David’s life since 2017 (swipe to see her in the background of his picture back in 2017). He sure knows how to shuffle these women at the same time. She went off social media when the rumour initially started and have only just returned to posting again. She posted the above picture to make it seem like she is still pregnant so as to confuse the timeline meanwhile she already delivered a baby boy back in March and this is an old picture.”

Reacting to the news, Kemi Olunloyo has reposted her January tweet where she said Davido did not have any plan of marrying Chioma.

She wrote: “Chioma my lover~~Assurance by @davido 🙄Chioma dear, that’s all you’re going to be. Davido’s lover. Very DAFT Igbo girl. In a land where they don’t have kids out of wedlock. 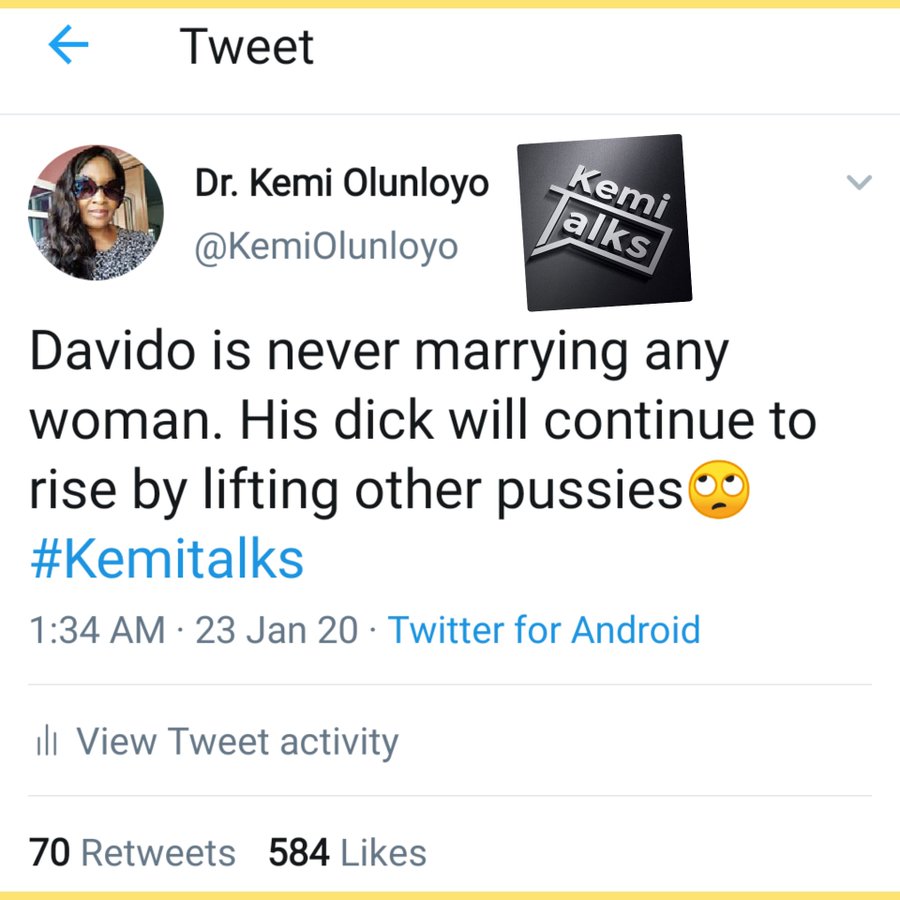