Amber Guyger was convicted of the murder of Botham Jean a key witness in the case, Botham’s neighbour, Joshua Brown has also been shot dead. Reports state Joshua was reluctant to come forward to testify in the first place.

Joshua Brown was found shot in the parking lot of that apartment complex on Friday night.

The Mayor of Dallas has the citizens to restrain from making speculations about whether the incident is connected to the testimony he gave in the Amber Guyger’s murder case barely two weeks ago and whether he was targeted. He promised that the city is on top of the situation and is promising a full and transparent investigation.

It was about 11 days after Joshua tearfully told the judge how he hears his neighbour, Botham Jean sing gospel music from his apartment every morning.

Brown lived across from Jean last year when a Dallas Police Officer mistook Jean’s apartment for her own and shot him twice thinking he was a burglar. Incriminating text messages obtained from Guyger’s phone later revealed that Guyger may be racially biased, a factor that may have contributed to her pulling the trigger at an unharmed Botham.

The prosection called Joshua Brown because he was at home that night and heard everything that transpired.

According to police, Joshua Brown was getting out of his apartment at a different apartment complex when someone shot him and drove away leaving him dead.

Botham Jeans’s mother is calling for an independent investigation of her son’s case saying stating the case shows that the Dallas Police is not capable of handling certain investigations.

In light of the recent development, there are concerns over the safety of other witnesses. Ronald Jones was the next witness after 28-year old Joshua Brown in the conviction of Amber Guyger.

Prosecutor has come out to the fears are real and should not be taken as mere propaganda or ground conspiracies, he pointed that the incidents occurred in too close a proximity to completely rule out concerns over the safety of Ronald Jones.

Tensions are high and a lot of the locals have taken to social media to express their fears and concerns over the issue. 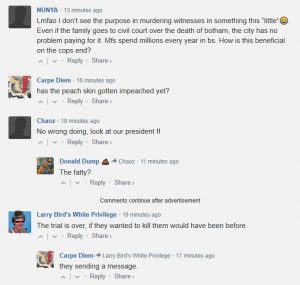 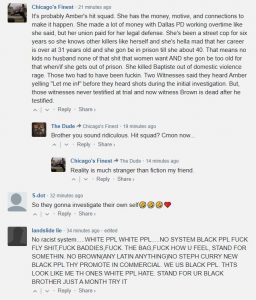 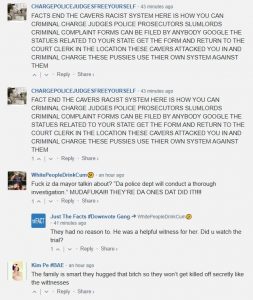 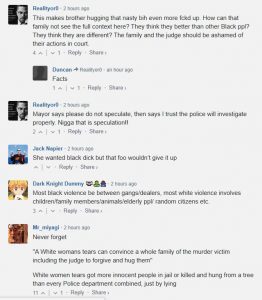 EXCLUSIVE: #SexForGrades “It’s an attack from the pit of hell” Dr. Boniface responds to allegations in leaked Audio

In Jigawa: 3 of the Governor’s First Ladies To Get Special Assistants