President Buhari’s campaign spokesperson, Festus Keyamo has reacted to the claims that the President has some form of mental and physical illness.

The Coalition of United Political Parties (CUPP) announced that it had taken a legal action which would halt President Muhammadu Buhari’s second term bid. In the statement released to the public, CUPP attributed Buhari’s poor performances at public gatherings to “his mental and physical instability”. 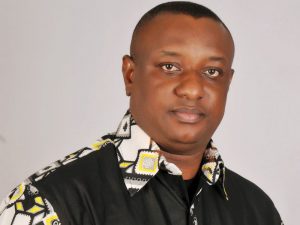 Keyamo in his response maintained that the president’s health is in perfect shape. He said,  “for those who see PMB on rooftop of buses campaigning around the country and who still question his fitness for elections, we need to first carry out a psychiatric evaluation on them to determine whether they have the mental capacity to even be part of our political discourse”.

He continued, ‘those who see a simple misstep down a flight of stairs on ONE occasion & a slip of the tongue on ONE occasion as a serious health issue will be cured of their mental state by millions of PVCs in a few days’ time. Each ballot paper that drops 4 PMB will represent a dose of injection”.