Arakunrin Rotimi Akeredolu, Executive Governor of Ondo state has announced that two more persons have tested positive to COVID-19 in the state.

One of the persons infected includes a suspected killer of Mrs Funke Olakunrin who is the daughter of veteran Politician, Pa Reuben Fasoranti.

“We have confirmed two other cases in Ondo state. One of the cases involves one of the recently arraigned suspects in the murder of Mrs Funke Olakunrin, Pa Fasoranti’s Daughter.”

“The Commissioner of police has been duly informed and the line tracing of police officers and others in the SARs facility where he was kept has started and their specimens are being collected.”

“The suspect has been isolated from others and will be moved to the IDH for treatment. The commissioner of police has assured the state that there will be adequate security around the IDH premises to prevent his escape and while on treatment, he will be manacled to the bed.”

“I will expatiate on all cases in my weekly press briefing tomorrow.”

This brings the total number of COVID-19 cases in Ondo state to 7. 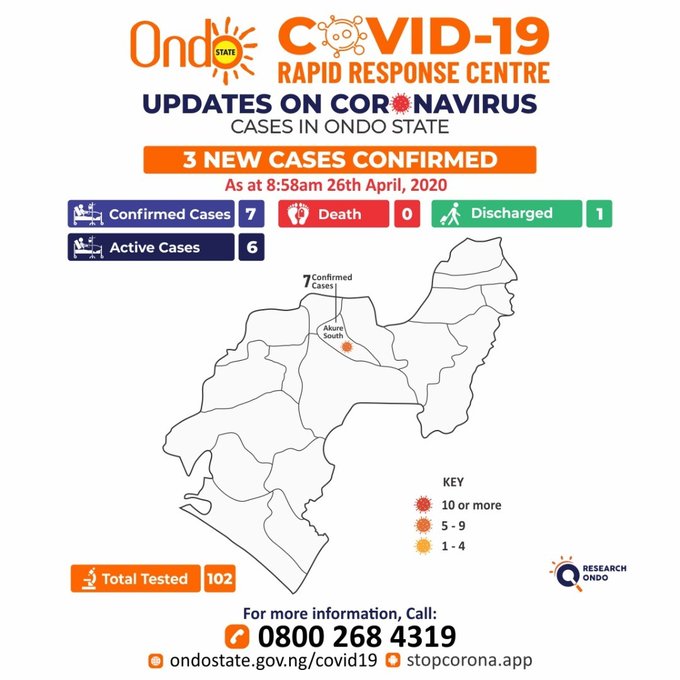 We Are Being Stigmatised Over Coronavirus – Bauchi Asthma Patients Cry Out

Peter Obi has shady past – Fani-Kayode

IGP reacts to court order sending him to prison