Two months after addressing her paused engagement on social media, Gaga released the first single off her upcoming fifth album, JOANNE with a chorus that rang, “It wasn’t love. It was a perfect illusion.”

Fans immediately began to speculate that the song was an ode to her relationship.

When she was asked about the meaning of the song by E! News, she explained “I would just say that my music on my album as well as all my albums is inspired by my personal life and this one more than others. I have said it before—I love Taylor so much and he’s my best friend.” 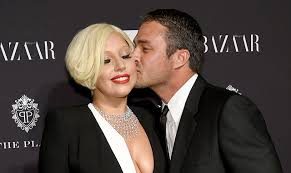 Gaga says the song is meant to reflect a common feeling in relationships driven by the digital age—one she has also felt.

According to her, “This video is a performance of a song, Nothing was choreographed,I didn’t rehearse any of those things that you see in the video. Everything in that was just completely in the moment—pure, raw performance of how I feel.”

“It’s so beautiful in that way. I love that opening shot in the video when it’s just a silent light pouring through the hands of the fans as they’re all dancing and nobody has a cell phone in their hands and everybody’s got a little dirt on them and it’s something that we don’t do anymore.”

Jack Sparrow absent in Pirates Of The Caribbean Trailer