Bizarre! Lady Jailed For Sawing Off Her Hand In Attempted Fraud

A lady found guilty of insurance fraud has been sent to jail after she deliberately sawed off her own hand.

The lady identified as Julija Adlesic from Ljubljana, Slovenia, used a circular saw to carve off her left hand from above the wrist and left the body part at home when she dashed to hospital, ensuring that it would not be possible to re-attach.

The 22-year-old then sought to claim over £925,000 in insurance over her ‘accident’ – which courts heard had been intentional.

Prosecutors revealed the woman had signed up to five different insurance companies a year before she put her grisly plan to do fraud in to action.

Police also discovered that Ms Adlesic’s boyfriend, Sebastien Abramov, had searched online for information about artificial hand – a day before the incident in 2019.

This was used as evidence that the self-amputation had been part of a bloody insurance scam plot – which would see half of the over £925,000 fortune paid immediately, with the rest being paid in monthly installments.

Cops believe Ms Adlesic purposefully left her severed hand at home when she went to hospital to seek treatment to ensure it would have decayed to the point it couldn’t be reattached, and ensuring she would be permanently disabled.

But the plot was foiled when cops rushed to the scene of the apparent accident, recovered the hand, and returned it to hospital in time for it to be reattached successfully. 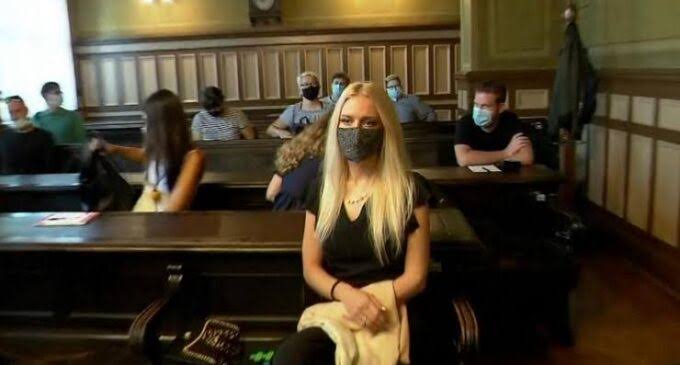 Adlesic declared her innocence in court, arguing: “No one wants to be crippled.

“My youth has been destroyed. I lost my hand at the age of 20. Only I know how it happened.”

But sentencing her to three years in prison, Judge Marjeta Dvornik said: “We believe the sentences are fair and appropriate, and will serve their purpose.” 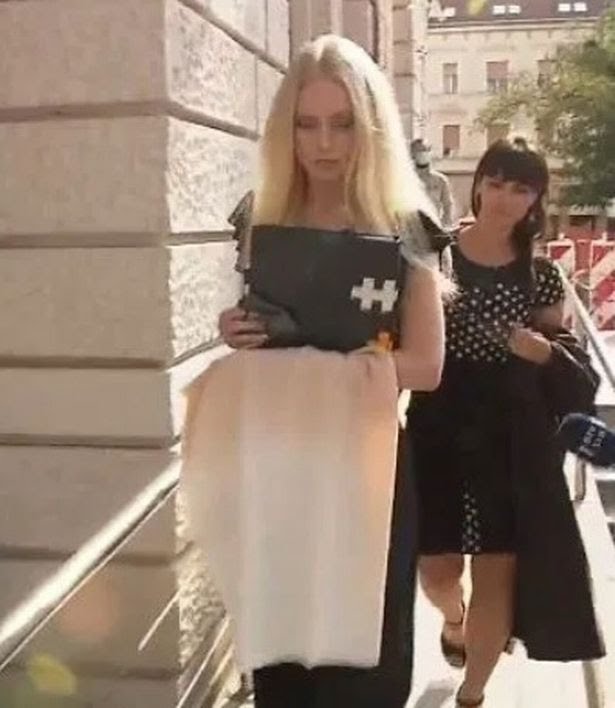 Mr Abramov was also sent to prison for three years – while his father also received a one-year suspended sentence.

The case has provoked revulsion online, and some amusement – with one follower of the case tweeting: “She didn’t get the hand out she expected!”