A recent survey conducted involving 140 cities factoring in over 30 qualitative and quantitative factors across five broad categories including stability, healthcare, culture and environment, education, and infrastructure.

The result of the survey indicates Melbourne to be the best city for the seventh year in a row while the worst city according to the survey was named as Damascus, Syria.

The bottom of the list indicating the least liveable cities was dominated by Middle East, Africa and Asia.

The least liveable cities were ranked based on the incidence of violence, whether through crime, civil insurgency, terrorism or war, plays a strong role.

The Economist Intelligence Unit further stated that “Conflict is responsible for many of the lowest scores.

“Conflict will not just cause disruption in its own right, it will also damage infrastructure, overburden hospitals and undermine the availability of goods, services and recreational activities.

The top 10 cities according to the ranking include:

The top 10 least liveable cities include: 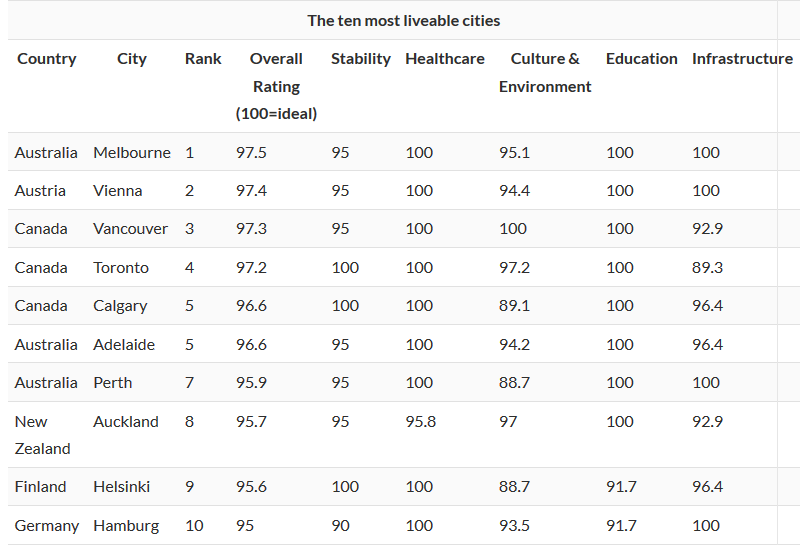 Why We Will Continue Sending Our Children Abroad – Senator