The family of 22-year-old student of the Lagos State Polytechnic, Isolo campus, Damilola Adegoke, have been thrown into mourning, following her death via suicide.

They expressed shock and worry over what could be responsible for her suicide, adding that she did not show any sign of being suicidal. 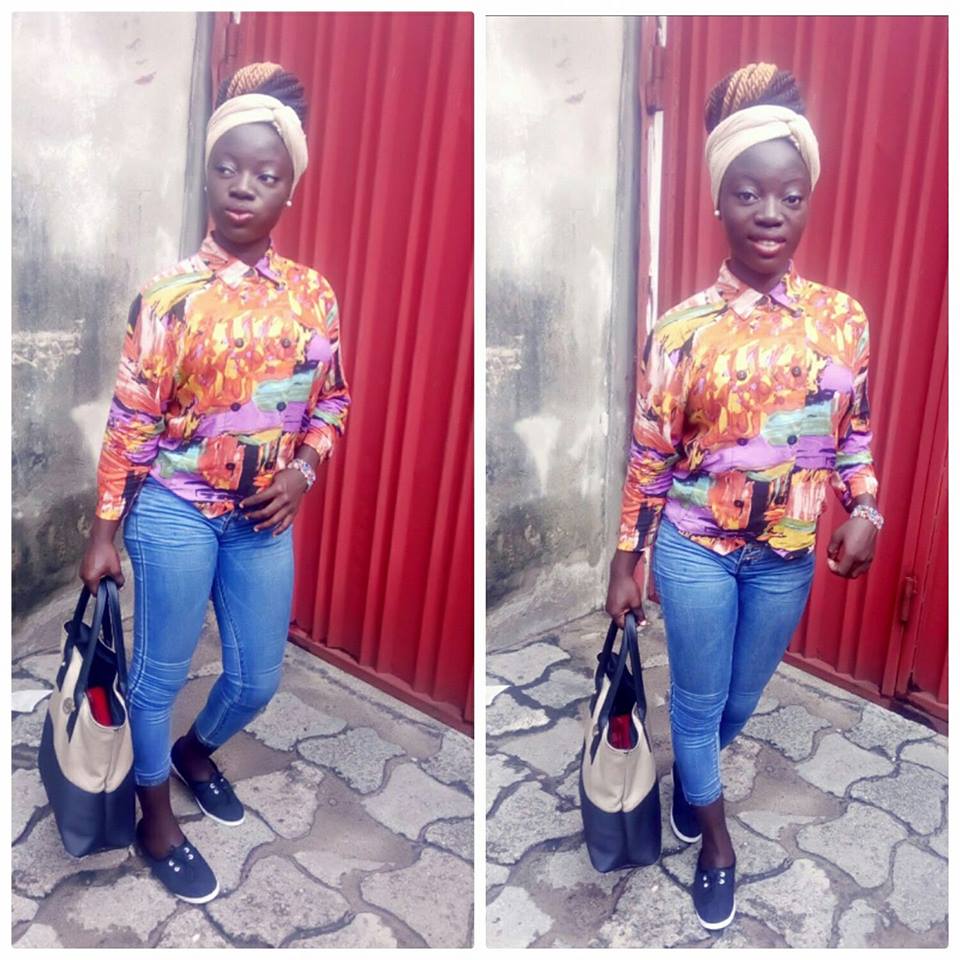 “Never mind what others say. Do better yourself, beat your own records every day, and aim for a better tomorrow… Happy new week peeps,” Adegoke wrote on her Facebook wall on Monday.

The PUNCH reports that Adegoke, who lived with her mother in the Masasa area of Lagos, took a potent insecticide known as Sniper while her mother went out to plait her hair the following day.

On returning home around 9 pm, it was said that the mother found her gasping on the bed and rushed her to a private hospital in the area, from where she was referred to another hospital.

She was proclaimed dead on arrival.

A further search of the house indicated that no suicide note was found in the apartment and there was no suspicious information on her mobile phone or social media accounts.

However, the mother, who identified herself only as Iya Ibeji told the PUNCH that she had noticed that her daughter been using a strange slangs lately when conversing with her. The woman stated that she didn’t want to go out that Tuesday, but Adegoke persuaded her.

The woman stated that she didn’t want to go out that Tuesday, but Adegoke persuaded her.

She said, “Only two of us lived together and we didn’t have any disagreement. She didn’t quarrel with anybody. That morning, we both ate bread and stew. She said she would use the remaining stew to prepare noodles later in the day. She lay on the bed, pressing her phone while I had a nap on the tiles.

“When I told her I was going to her sister’s shop at First Gate around 1pm, she said, ‘Eyo mi le jare (let me be).’ She started using that slang recently. Her sister and I had questioned her about it. We didn’t read any negative meaning to it. I didn’t want to go out that day, she persuaded me so she could carry out her plan.”

The mother further explained that Adegoke was supposed to go and tutor a boy in the neighbourhood that day, but she shunned her when asked why she didn’t go.

“On getting back home around 9 pm, I met her sleeping and tried to wake her up. That was when I discovered she was in a coma. I smelled sniper in her mouth and raised the alarm. I gave her palm oil and water while people joined me to take her to a private hospital. She could not talk.

“From that hospital, we rushed her to a primary health centre in our community. She was confirmed dead on arrival and we reported to the police. Nothing strange was found on her mobile phone,” she added.

Iya Ibeji, who said her daughter was preparing to sit for second-semester exams, noted that it was unusual of Adegoke to absent herself from work, adding that she spoke with her on the telephone around 7pm that day.

She described her as a kind-hearted child, saying the daughter had promised to buy her a pair of earrings, on June 3 as her birthday gift.

Adegoke’s childhood friend and course mate, Faith Omoh, said they spoke happily on the telephone a few hours before the incident happened.

She said, “We talked around 7 pm that day and she was cheerful. I was shocked when her mother told me she drank sniper. Damilola (Adegoke) was friendly and likeable. We checked her mobile phone and Whatsapp chats, we didn’t find any suspicious information there.

“We both gained admission to study Business Administration at LASPOTECH  last year and our second-semester examination is about to start.”

One of the deceased’s friends on Facebook, Damilola Ayanwale, wondered why she resorted to the act, saying she had left behind unforgettable memories.

Anyanwale wrote, “No amount of problem is worth taking your own life. She was hardworking and highly dedicated, but only her knows her personal pains and challenges…in fact, nothing justifies taking poison. Farewell Damilola Adegoke, we will remember you forever.”

Another friend, Frank Chinedu Maximus, wrote, “This girl could not have killed herself, a proper investigation should be carried out.”

The Lagos State Police Public Relations Officer, ASP Olarinde Famous-Cole, had yet to reply to a text message sent to him on the incident.