Ole Gunnar Solskjaer has just been made the full-time coach of the English Football club, Manchester United. He was handed a three-year contract by the owners of the club, making him the permanent manager of the team for the next three years.

The decision on his contract with the club has been in the minds of player and fans, specifically because of his remarkable contributions to the club since he replaced Mourinho as its caretaker

Solskjaer had been assigned to just manage the team until the end of the season but he has been able to win 14 out of 19 games played since he joined, taken the club to the fifth position on the premier league table, and guided the team to the quarter-final stage of the Uefa Champions League. 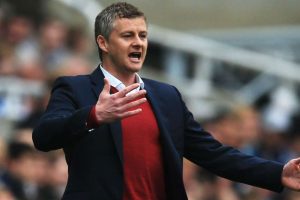 After signing the contract, Solskjaer expressed his delight, stating, “This is the job that I always dreamed of doing and I’m beyond excited to have the chance to lead the club long-term and hopefully deliver the continued success that our amazing fans deserve.”

In his reaction to the appointment of the former United player, the club’s executive vice chairman stated, “More than just performances and results, Ole brings a wealth of experience, both as a player and as a coach, coupled with a desire to give young players their chance and a deep understanding of the culture of the club.

“I want to thank Ole and the coaching team for everything they have done so far and congratulate him on this richly deserved appointment. The fans and everyone at the club are behind him as he looks to take us where we need to be and build the next stage of our history.”

Update: Alleged Lekki rapists to appear in court on April 29