Leah Sharibu, the strong-willed Christian Boko Haram captive, is apparently a very intelligent young girl as shown by pictures of her report card.

Reno Omokri, who has a book written about her, shared the report card on Twitter

”This is Leah Sharibu’s last report card. She made almost all As. Leah is not just committed to her faith, she is also one of the most brilliant girls in the whole of Yobe state. Find out more about Leah in my book Leah Sharibu: The Girl Boko Haram Left Behind #BringBackOurLeah” 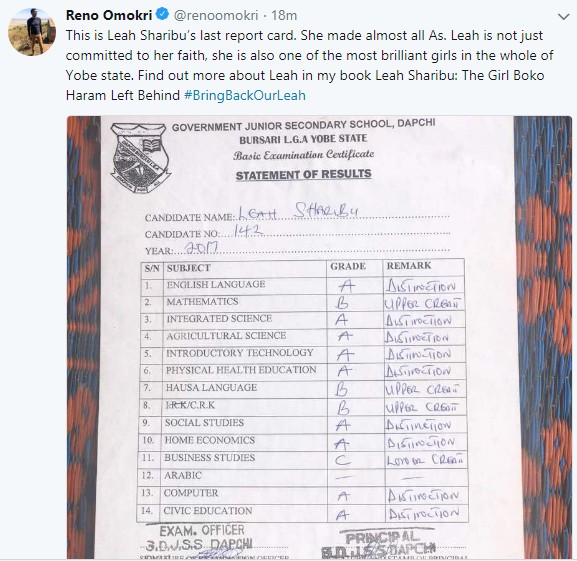 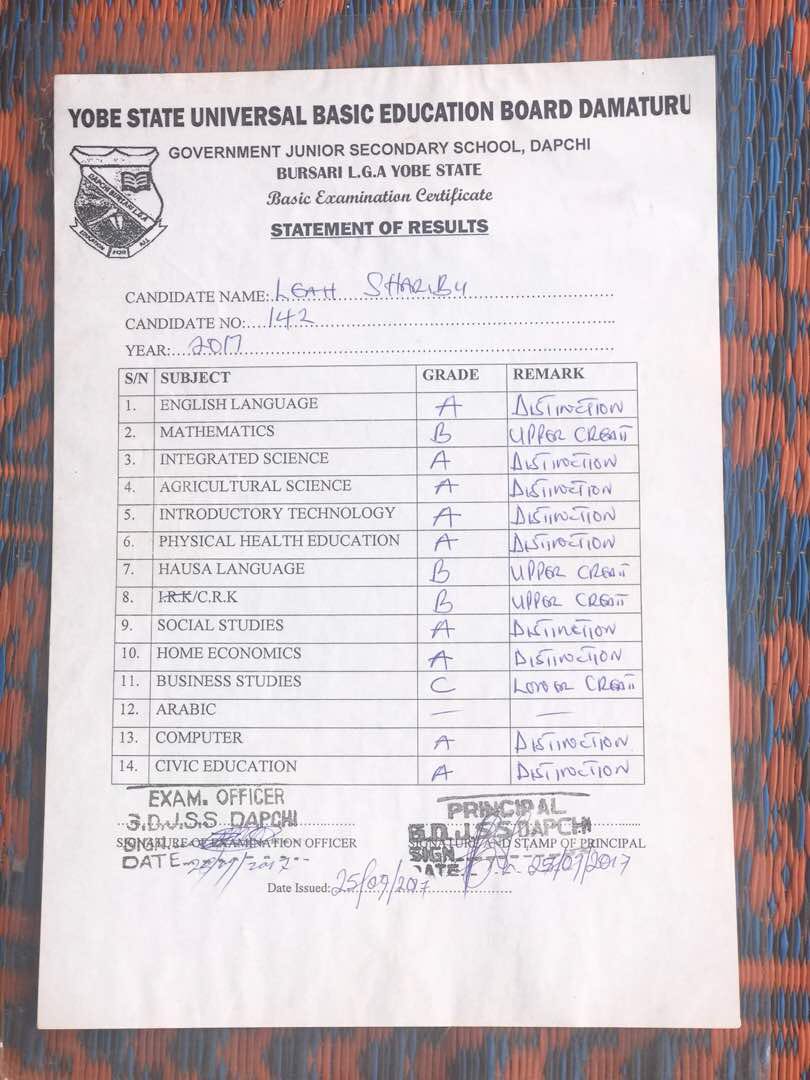 Leah was kidnapped alongside over a hundred school girls in Dapchi. All the other girls have been released leaving Leah behind because she rejected the condition of renouncing her Christian faith and embracing Islam to get her freedom.

“We are hungry; not getting enough from centre” – Emir of Buhari’s hometown

2023: I have roadmap to transform Nigeria – Fayemi