Leaked: Apple could ditch the notch in 2020

From setting trends to resetting them, Apple keeps leading the charge in advances in Smartphone design and features, this time a leaked image of Apple’s Design patent confirmed as a December 2019 design shows a phone without a notch which will suggest that the biggest tech company in the world may be going a different direction from the notch in 2020, a trend which they set in the first place when the notch first appeared on the iPhone X in 2017. 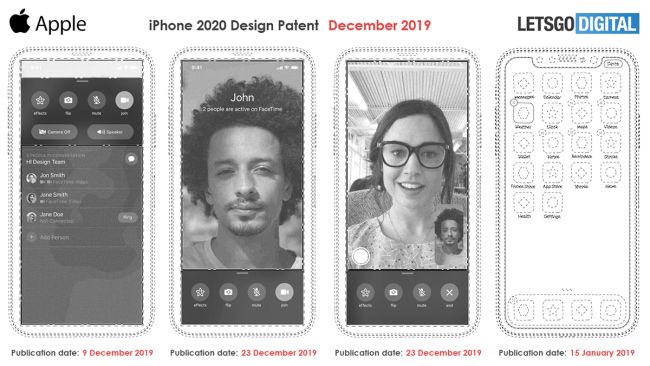 There’s more, according to LetsGoDigital, the publisher who unveiled the leak suggests that the design not just points to a notch-free design but that Apple may let go of the Face ID feature too and may move the Touch ID on-display rather than at the rear.

The question is, where will Apple place the Front-Facing (Selfie) Camera on iPhone 12. Its only options might be to put under the display like the Touch ID sensor or pack it into the tiny bezel along the frame of the device.

Images leaked from the patent filed in Japan on December 23 shows a notch-less iPhone design and it appears the company had put in on the board for quite some time now which suggests it’s only a matter of when rather than if Apple will let go of the notch.

Several sources have confirmed that Apple will indeed ship iPhones with the Fingerprint sensor under the display and probably the Selfie Camera too but it unclear how prepared Apple is for this tech to go on 2020 devices.

Not just Apple, OEMs have been working on bringing this technology to the market but it’s still in its early days. Other manufacturers including Samsung are said to be planning in-screen cameras for future flagships, while some existing phones use pop-up selfie cameras to keep the front display as uncluttered as possible as found on the Huawei Y9 Prime 2019.

Despite the leaks, it is expected that the iPhone 12 will keep the notch.

Ministry creates Platform for Lifting 100m Nigerians out of Poverty