We heard that the curved OLED HDTV prototypes LG showed at CES would be coming soon, and now it’s official.

A Korean press release indicates we can expect the 55EA9800 to launch in the next month, with shipments starting in June.

According to the specifications, its 4.3mm depth results in a weight of just 17kg, probably thanks to a carbon-fiber reinforced frame.

Like an IMAX theater screen, the edges are curved towards the viewer to provide a more immersive feeling. 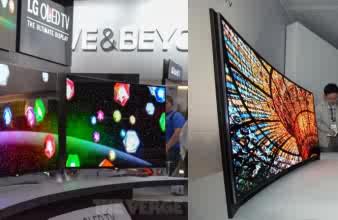 Given the fact that we’re still waiting for LG’s flat OLED TVs to see a wider release we doubt it will arrive on Nigerian shelves any time soon, however, online pre-orders are available.

LG disclosed over an English press release that pre-orders start today at more than 1,400 retail locations with a price of 15 million Korean won ($13,500), a healthy bump over the standard version’s $10,000 MSRP.