Lifestyle of The Rich and Corrupt: Ekweremadu’s Many Mansions

It is no news that the Deputy Senate President, Ike Ekweremadu is under investigation by the Economic and Financial Crimes Commission (EFCC) for money laundering and other related charges; the EFCC is asking Ekweremadu to explain how he came to own 22 properties in Nigeria, the United States and the UAE.

It is also no news that one of the fastest ways to become rich in Nigeria is to be elected or appointed into public office. For most of us the richest people in the area where we grew up were political office holders, senior army officers and senior government officials; finding a rich Nigerian who is not either of these or have government connection is like fitting the proverbial camel through the eye of a needle.

Nigeria has been embroiled in political drama since the country’s return to democracy since 1999; we all thought 2015 was the height but the level of drama so far this year makes it a prelude. While this present APC led government of President Buhari promised to fight corruption to a standstill upon assumption of office, the ineptitude, incompetence and flagrant abuse of the rule of law by this present administration makes it hard to believe anything that comes out of this government.

Also it would seem like the anti-corruption stance of the government is one sided and intended to hunt down political enemies. Whereas scandals of government officials under this administration have been swept under the carpet with no arrests or convictions, perceived political enemies and opposition party members are deemed as the only corrupt politicians worthy of public disgrace and scrutiny by anti-graft agencies.

Since 2015 however, this administration has made it difficult to draw the line between propaganda and fact. There seems to be a deliberate attempt by the government to stifle investigative journalism and encourage the spread of false news as long as it presents the APC administration in a good light and all others as bad. This also has a negative effect on the government itself when most propaganda eventually comes to light as false. The run up to the 2015 elections and the reality on ground says a lot about the effectiveness of the APC propaganda machine.

The Nigerian politician is an elite social class of individuals who fiercely protect their own self interests and would do anything to remain in political office because it’s a business that gives good returns. This is why a bank will loan N100 million to a politician for election campaign but will not loan the average Nigerian N100 thousand to start a business. There are no permanent friends or enemies in Nigerian politics; it is all about self interests and not the people, the people are only a necessary means to an ultimate end.

On the eve of the biggest mass defection by Nigerian lawmakers this year, the Nigerian police suddenly remembered that the Senate President, Bukola Saraki had a case to answer in the OFFA bank robbery incident and decided to invite him by 8am the next day. The EFCC also remembered that the Deputy Senate President, Ike Ekweremadu had a case to answer too; they drafted an invitation by 8am for 10am of the same day. The security agencies subsequently invaded and laid siege to the houses of serving members of the senate who also happen to be the top two principal officers in the Nigerian Senate.

A day after Ekweremadu honoured the subsequent invitation by the EFCC, Nigerians were told he had suffered a mini-heart attack because of all the evidence presented against him by the EFCC; they alleged he owned a total of 22 properties both home and abroad including, Dubai, United States and the UK; choice real estate investment destinations for Nigerian politicians.

Prior to this period however, tabloids and several news sources had put the number of houses and mansions home and abroad at 60. Who do we believe at this point, the tabloids or the EFCC? How do we begin to draw the line between fact, fiction and reality?

Ekweremadu’s Party, the PDP has cried out saying the deputy senate president is being persecuted for his political affiliations while no word has been from Ekweremadu himself regarding the issue, let us however attempt to draw fact from fiction from the information made available to the public so far.

According to the Punch Newspapers, here is a list of properties purportedly owned by Ekweremadu home and abroad;

A quick search on Google earth and Google maps could not locate most of these properties listed by Punch newspapers. While the first house listed above is the official residence of the Deputy Senate President the others are either plots under development, fiction or not covered by satellite maps.

Properties in the United States

The first two properties can easily be found using Google earth. They are both six bedroom holiday apartments; places rich people go to have a feel of home away from home and can easily be found in Property listings abroad. According to some news sources, the property in Bella Vida has been listed for sale by the embattled Deputy Senate President as can be found www.estately.com,  a real estate website. The third listed property however does not exist. 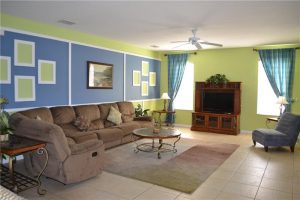 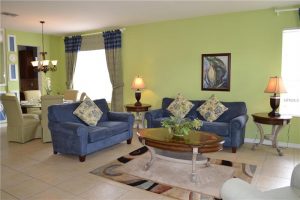 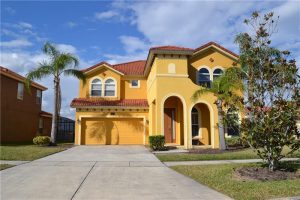 The United Kingdom used to be one of the favourite places for Nigerian politicians to invest in real estate until former Delta State Governor; James Ibori was convicted and imprisoned on money laundering charges by a UK court. While the first listed apartment does not exist, the second apartment is a nice suburban London home and can be found using Google earth and Google map. 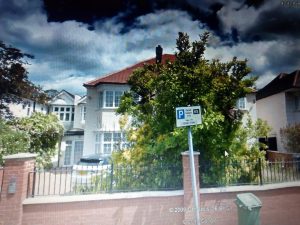 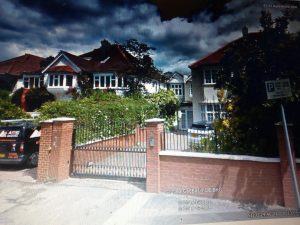 The United Arab Emirates is one of the 8 wonders of the new world and a favourite holiday destination for the rich and powerful. It is also a favourite hotspot of Nigerian public office holders who want to “rest” a while from the daily rigours that come with being a Nigerian.

The first, second and third listed properties do not exist; the Address boulevard is a public space that consist of hotels and relaxation centres as well as hotel flats which tourists and hoteliers rent to give a feeling of home.

The fourth listed apartments do not exist also, while indeed Emirates Apartments garden exist, there are no apartment numbers consistent with what was provided by Punch newspapers. Same with the fifth listed property; park towers exist but the listed apartment numbers do not exist. The sixth listed property does not exist at all and the last property is an area at the developmental stages and has not been allocated yet.

Why I Don’t Appear In Many Movies Anymore- Omotola Jalade