Triple MG boss’s wife, Lilian Esoro is bent on lending credibility to the rumours of her separation from her husband, Ubi Franklin.

Following the move, she sent out a cryptic message on behalf of herself and her son, Jayden while excluding Ubi Franklin from the mix.

In reply to the cryptic message, Ubi Franklin shared a photo of himself and their son on his Instagram page as he noted that with him, he hasn’t lost all.

However, in her latest move, Lilian Esoro has deleted all photos of Ubi Franklin from her Instagram page including photos of their wedding. 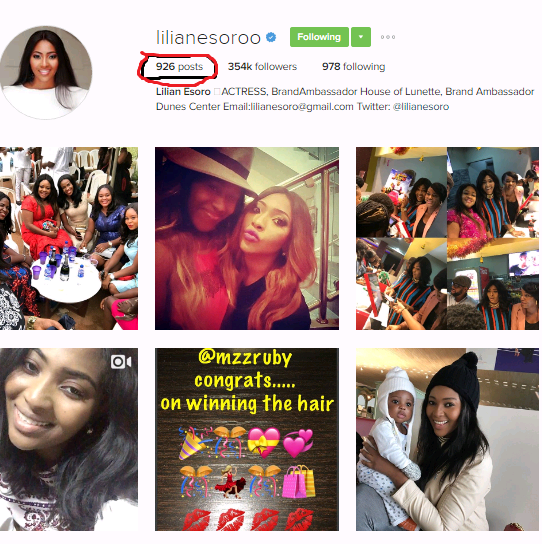 Recall that the rumours of their separation started some weeks ago but gained traction after the couple arrived separately at the Headies Awards which held some days ago in Lagos.