Linda Ikeji discloses state where baby daddy is from; Nairalander reveals his identity(pictured)

Nigerian celebrity blogger, Linda Ikeji, who is currently in Atlanta, United States to welcome her baby, has revealed more about her baby daddy by confirming he is from Delta State.

Earlier last week, Linda revealed that her man is tall, dark and handsome.

The confirmation was made in a new picture she shared on her Instagram page which was appropriately captioned to reveal where her man is from. 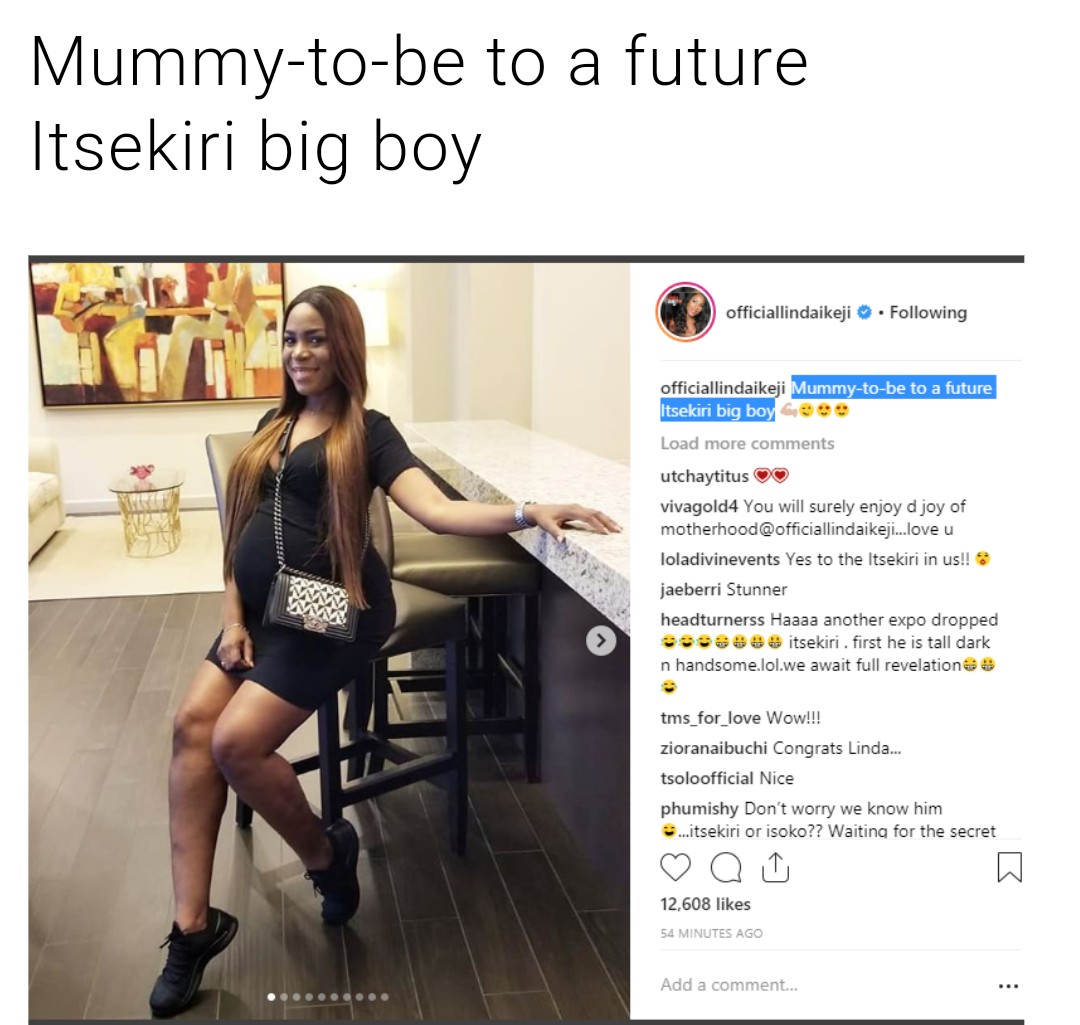 Ever Since the trailblazing blogger announced her engagement, a lot of internet users have been trying to figure out who the mysterious man is.

But as they say, the internet is a global village and you don’t really know who knows who.
According to a user on the popular Nigerian forum Nairaland, Linda Ikeji’s baby daddy is Sholaye Jeremi, a close associate to Minister of State for Petroleum, Ibe Kachikwu.

According to the anonymous user with the moniker ‘Nobody’ who seems cocksure of his assertions, Jeremi resides in Ikoyi, same area where Linda has her magnificent mansion. Pictures of Jeremi found on the internet shows he’s close pals with billionaire Femi Otedola.

“Linda Ikeji is pregnant for Sholaye Jeremi, a close associate to Minister of State for Petroleum, Ibe Kachikwu. He is from Sapele, Delta state. 100% confirmed. The funny thing is there was no engagement as Shola will not settle down although he is 40 plus.

Jeremi also stays in Ikoyi. Very credible, although Linda is trying to manage the situation but this information is 100 percent credible. You can do your findings as well, but thats the guy.”

“Nigerians have a role model” – Saraki hails Adichie for bagging…