Lionel Messi is now officially the most decorated Barcelona player in history after helping the Catalans to a Supercopa Trophy win over Sevilla.

This led to Sevilla taking the lead through Pablo Sarabia 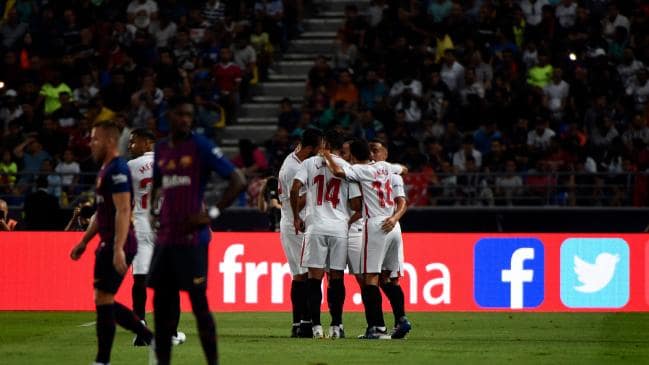 Barcelona were impossible to keep down though and they were quickly back on level terms after a Messi freekick hit the bar and into the path of Gerard Pique, recently retired from the Spanish national team, who turned the ball into the net to level matters.

World Cup winner, Ousmane Dembele made it 2-1 with a long-range effort and after a summer of speculation, was happy to get a goal and settle back into the Barcelona team. 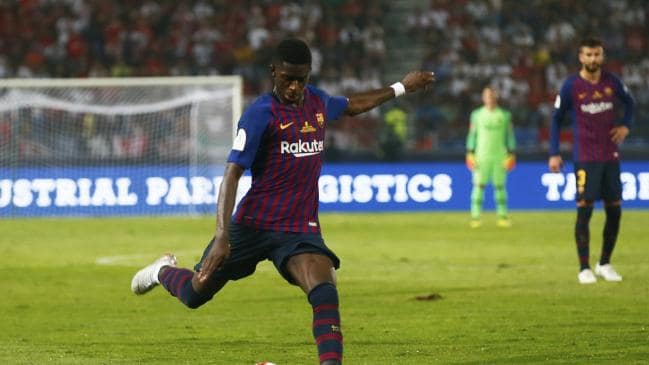 Wissam Ben-Yedder should have done better as he wasted a Penalty in the latter stages of the game.

The Supercopa, traditionally a two-legged affair, was played as only one game and it wasn’t even in Spain as the game took place in Tangier, Tunisia.

Barcelona held on and with Messi now the Barcelona captain after the departure of Andres Iniesta, he was the one to lift the trophy. 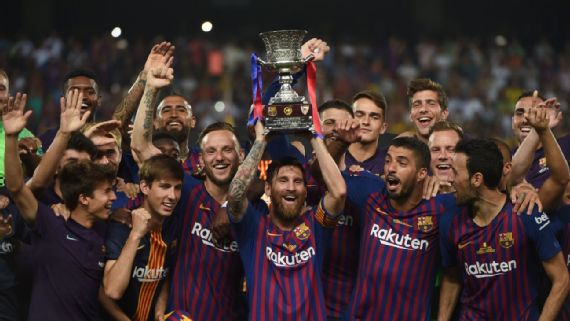