England egghead Gareth Southgate has disclosed that Jordan Henderson was replaced during the Nations League clash against Belgium  due to ‘tightness’ as Liverpool’s injury list continues to pile.

The Reds midfielder was substituted at half-time by Tottenham midfielder Harry Winks as the Three Lions were dumped out of Nations League contention in a 2-0 loss to Belgium at Den Dreef on Sunday.

In his post-match press conference, Southgate confirmed Henderson failed to play the second half because of a fitness issue – but he was not sure of its severity.

“Jordan had a bit of tightness at half time and felt he couldn’t carry on,” Southgate said. 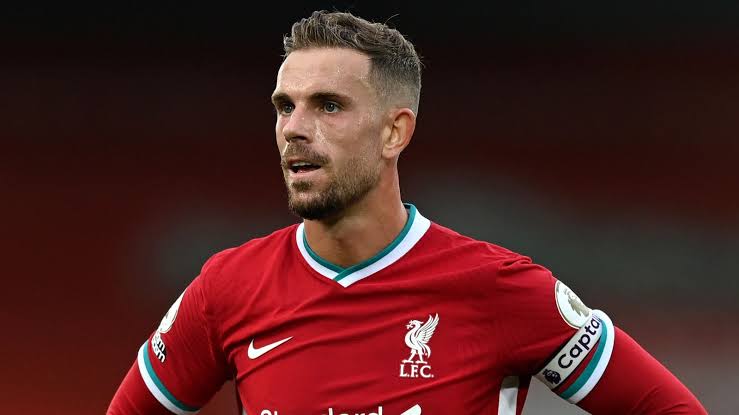 “We’ll have to assess him when we get back.”

Losing Henderson would be a big blow to injury-hit Liverpool, who were already reeling from news earlier in the day that Andy Robertson had picked up a hamstring injury in Scotland’s win against Serbia on Thursday.

With Henderson missing a significant chunk of Liverpool’s pre-season, Jurgen Klopp had carefully managed his captain’s game time, even withdrawing him at half-time during last month’s Champions League match against Ajax to limit his workload.

Liverpool are already missing central defensive duo Virgil van Dijk and Joe Gomez to knee injuries, and with Trent Alexander-Arnold already sidelined and doubts over Robertson, Liverpool are facing the prospect of taking on Leicester City after the international break without any of their first-choice back line.

Star attacker Mohamed Salah’s coronavirus diagnosis will also rule him out of Sunday’s clash against Brendan Rodgers’ side – with the Egyptian required to quarantine despite not suffering any symptoms from the illness.

Thiago Alcantara and Alex Oxlade-Chamberlain are still likely to be absent from Liverpool’s midfield, but their engine room is likely to be boosted by the return of Fabinho after the international break.

Liverpool are currently sitting third on the Premier League table – one point behind leaders Leicester ahead of this weekend’s top-of-the-table clash at Anfield.

Although being placed close to the first position, Liverpool’s 16 conceded goals is the second-most in the division – behind only Leeds and West Brom (17) – with the 7-2 loss to Aston Villa doing significant early damage to their goal difference.