Earlier on, news broke out revealing how Actress Lola Alao, who is based in Canada maltreats the two kids of her late colleague, Aisha Abimbola.

Ever since the death of Aisha Abimbola in 2018, Lola took sole responsibility of her two kids.

Lola was initially taken to court by the father of the children, but she won custody of the children, thus entitling her to all the monetary and other benefits from the Canadian Government.

Lola usually took to her instagram page to show how well she takes care of the children, there was a time she took them out on a special treat just to have fun, another time she threw a party for the girls’s birthday and several other actions, that depict that she is indeed doing a good job in caring for them. 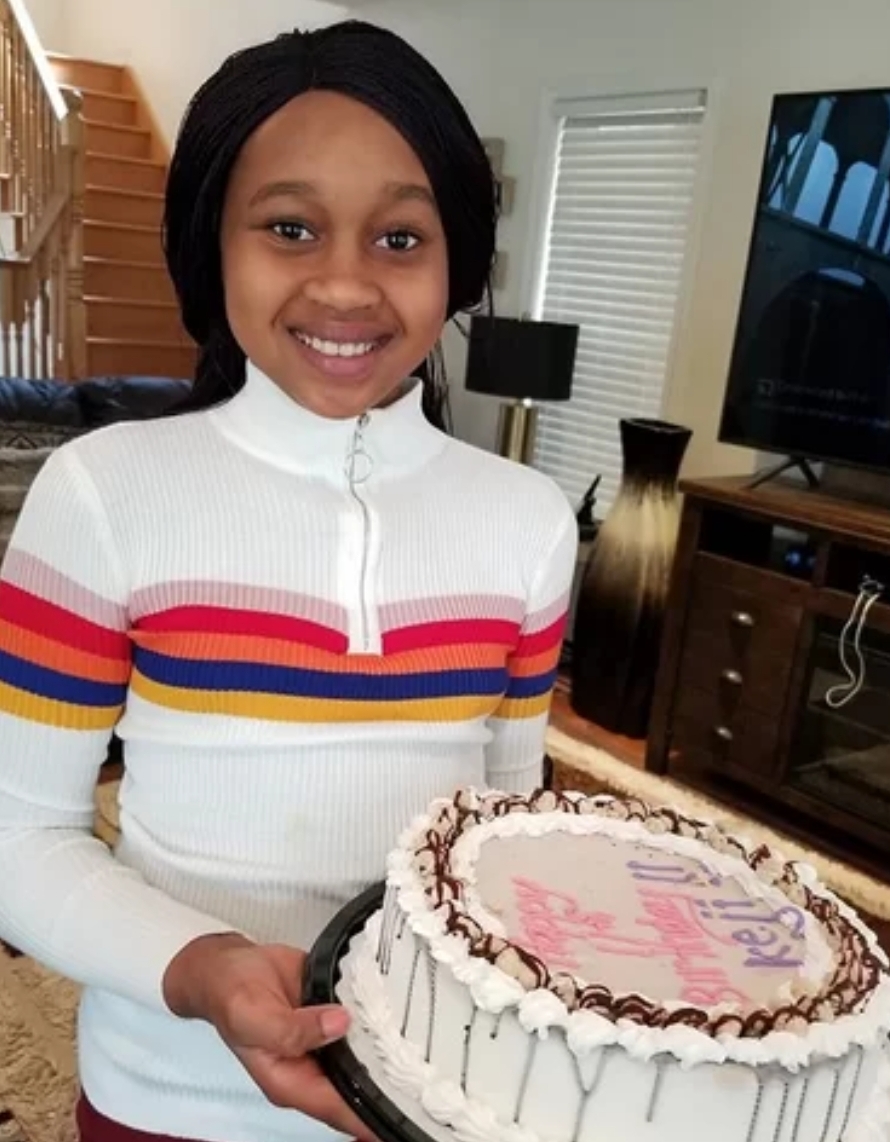 However, an anonymous instagram user, reached out to GISTLOVERBLOG’ on Wednesday evening, claiming that Actress Lola who resides in Canada maltreats late Aisha Abimbola’s children.

The anonymous person pleaded that the blogger should do his findings that the love Lola Alao is showing the boy is fake love. She disclosed that Lola uses the boy and his sister as errand kids while her own daughter is well pampered.

She added that at a time, the little boy reached out to Canadian government and they sorted everything and promised to take the boy to a foster home.

The blogger however asked for evidence before posting but she later posted the DM for more clarity from people who knew the gist.

Few hours later, Lola Alao made a video crying and cursing whoever is raising false allegations about her that she isn’t taking care of her late colleague’s child. She said the allegations are false allegations and not true. She wondered what the anonymous person wants to gain by tarnishing her image.

Iyabo Ojo also took to her instagram page to curse the blogger. She said: “When I was in Canada, I spent 10days, I saw how Aunty Lola took care of him. The boy even promised to buy her foster mum ‘Aunt Lola’ a house in future’ . Imagine if he’s been maltreated would he has said such? She exclaimed!”

However, there are two Canadian residents who came up to confirm that the story is true. 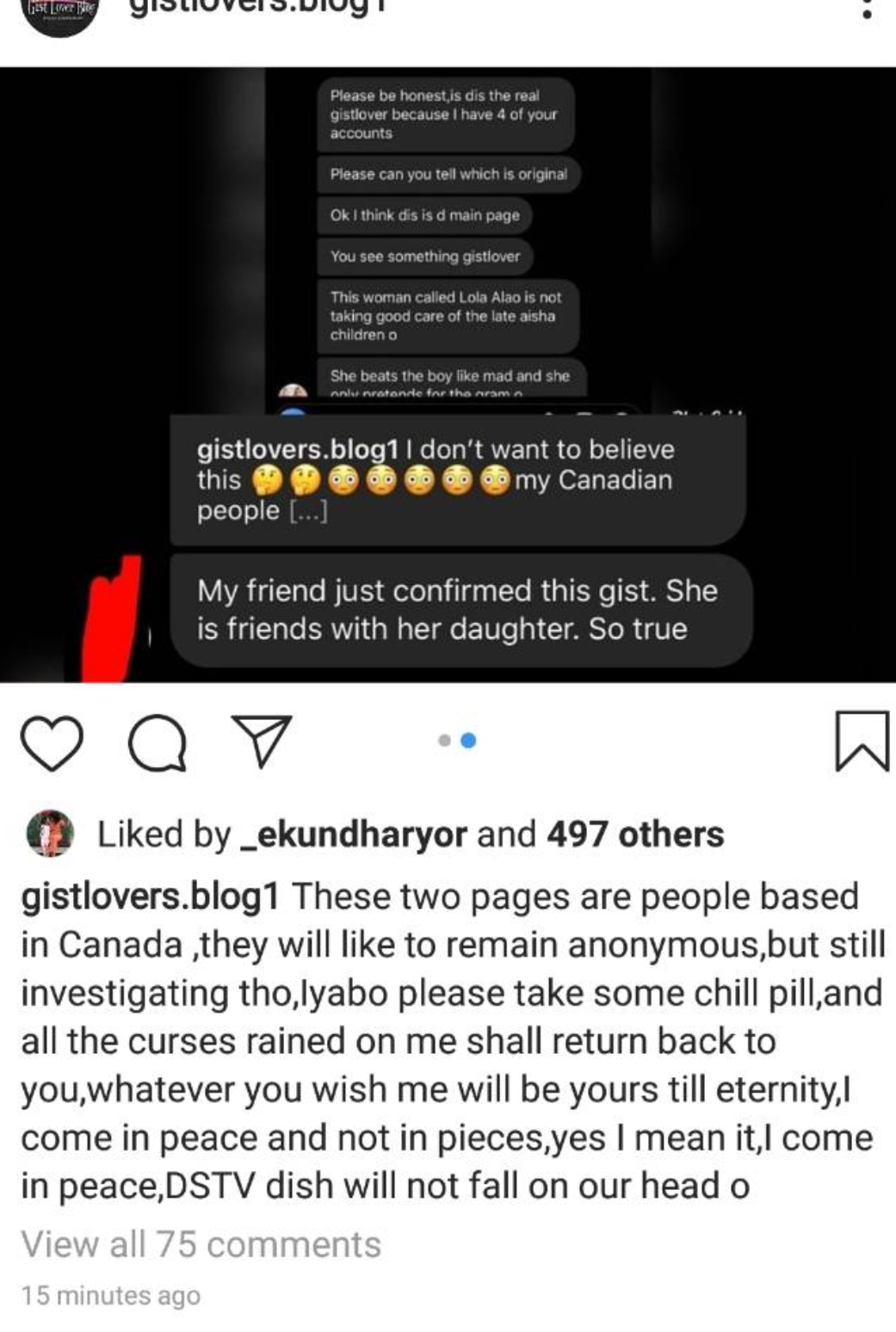 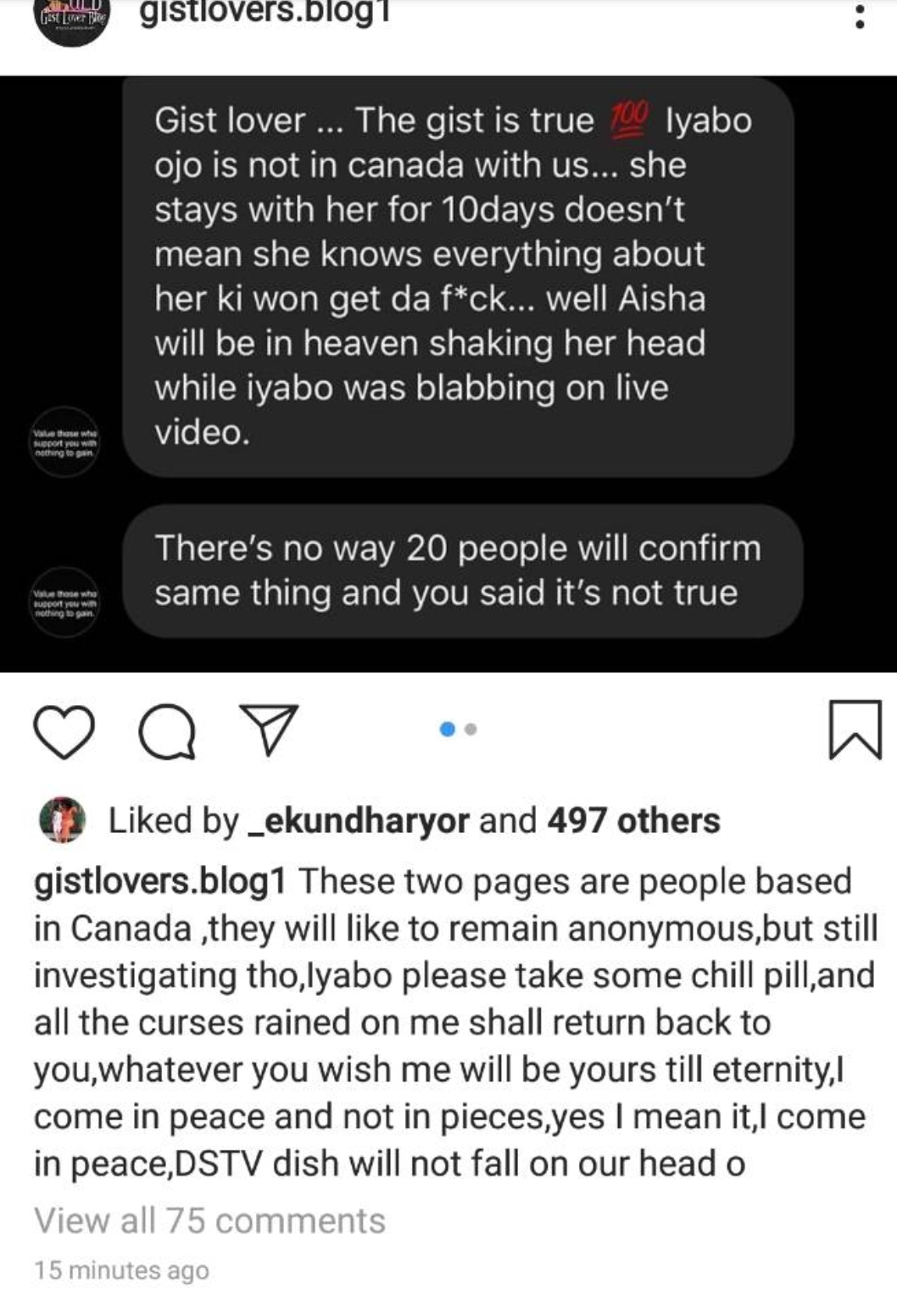